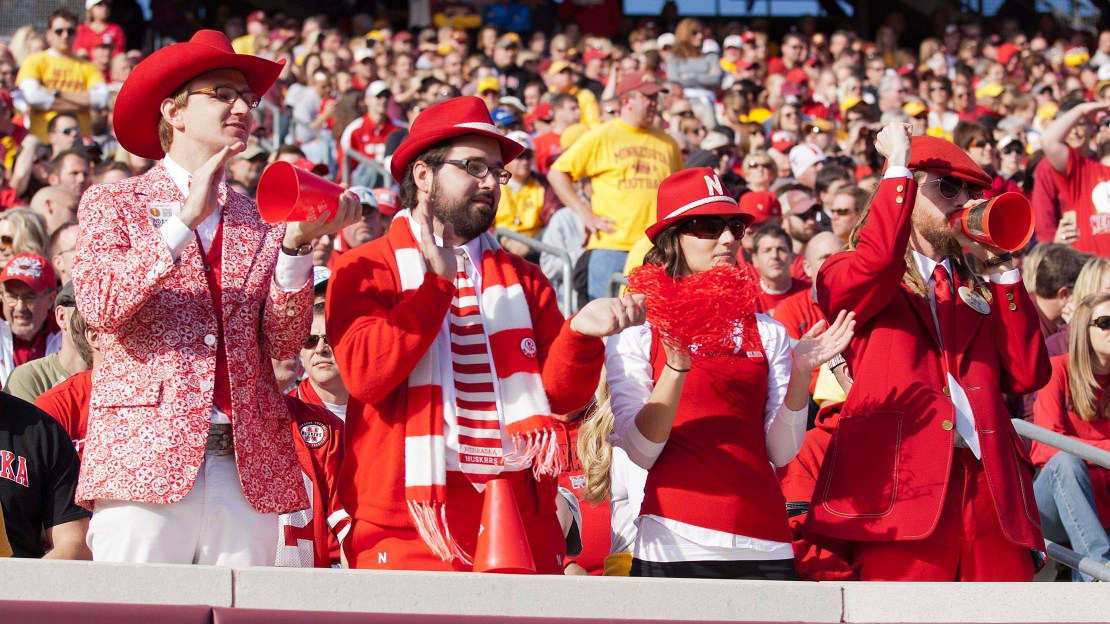 Thanks goodness it?s Friday. Or, in my household, it?s called ?Football Eve.? Pretty nice, huh? Let?s start daily links with this way-cool look at Big Ten teams and TV. Can you tell much about a program by the TV time slots it draws? It?s something Dan Hoppen of HuskersOnline.com looked at. Hoppen went back and tracked the starting times and TV networks for Nebraska games since the program joined the Big Ten in 2011 through this past weekend.

He also did the same for the other Big Ten teams.

Michael Spath of TheWolverine.com has his predictions for each team for the rest of the season. His choice to make it to the Big Ten title game: Michigan State vs. Ohio State. Not a bad choice. Me? I?m still staying with Nebraska vs. Ohio State.

Who are Ohio State?s key players vs. Penn State? Bradley Roby, Joey Bose and Jeff Heuerman. How about Carlos Hyde, too? I mean, this is becoming his team in many ways.

Roby is intriguing, however. He will defend Penn State receiver Allen Robinson, who Urban Meyer called one of the nation's top wideouts. This Cleveland.com reports says Ohio State's secondary has been the weak link on the team. If Roby is going to live up to the potential that had scouts and draft experts billing him as an eventual first-round pick, this would be an opportunity to prove himself on a national stage against a receiver who has tallied 705 yards in six games. Meyer said Roby doesn't need much motivation, but the coach provided it anyway on his weekly radio show.

"We need him to play his best game of the season," Meyer said.

Star Nebraska guard Spencer Long is out for the season with injury. Still, the Husker o-line is a point of strength and one of the best in the Big Ten.

Omaha.com notes that Nebraska will head to Minnesota ranked No. 10 nationally in rushing offense, with I-back Ameer Abdullah already having five 100-yard games. The front five also have played a big part in NU quarterbacks being sacked just three times all season, tied for the fewest by any FBS team. Mike Moudy will make his first career start at Minnesota in Long's place at right guard.

Brad Salem, Michigan State's quarterbacks coach, was a graduate assistant for Nick Saban's Spartans back then. Older brother Tim was the offensive coordinator at Purdue when a funny thing happened in West Lafayette, Ind. after the Boilermakers missed a field goal on the game's final play.

"Last time I coached against my brother it was a 35-35 tie!!" Tim tweeted on Wednesday.

The Salem?s dad, of course, was Joe, a one-time head coach at Minnesota.

Looks like Nebraska?s quarterback starter will be a game-time decision.

Will it be Taylor Martinez? Whether it is or not, Bo Pelini has said that Martinez will play on Saturday. I will be interested to see how he runs on that toe.

Heck, I just can?t wait to see how the Hawkeyes look this season, period. This team has me excited for hoop season.

Illinois is an intriguing team that will have an intriguing collection of newcomers. And they looked pretty good in the Fighting Illini?s exhibition opener. Illinois is a mystery team with so many new faces. Still trying to figure out this squad.

More newcomer news: Here is a nice piece on an influx of Wisconsin freshmen who are starting to acclimate.

There is Aaron Moesch, Bronson Koenig, Vitto Brown, Nigel Hayes, Riley Dearring and Jordan Hill. Madison.com notes that this class represents an interesting group of players from different backgrounds. Hayes and Brown are from Ohio; Moesch and Koenig are from Wisconsin; guard Riley Dearring is from Minnesota.; and guard Jordan Hill is from California but played last season at a prep school in New Hampshire.

?We have a lot of things in common, but we?re so different in so many ways and I feel like that?s what makes us really connect with each other,? Dearring said. ?It just allows us to just grow with each other a lot better.?

Pelini also said on Thursday he's not concerned that his kickers haven't been tested at all this season with a high pressure kick. #Huskers

My take: Their time is coming.

Interesting stat: Penn State has given up 40 or more points in the past two games. That has never happened in the history of the program.

John Beilein not committing to who starts at PG if season began today. It starts Tuesday (exhibition), so we'll see.

My take: Replacing Trey Burke will be tough.

People around here expect Jim Heacock-type stats out of a D (top 5 or 10 nationally), but in this age of offense, this OSU D stacks up OK

My take: Well, Michigan State manages to play excellent defense in this ?age of offense? with players who aren?t as decorated as the Ohio State recruits.

Meyer said he expects to lose one or two coaches to promotions to head coach in next couple years.

Sean McEvilly is IN, which means Northwestern might win a football game or something

My take: No doubt, he will help in trying to stop the Iowa run. And that will be key to NU?s hopes.