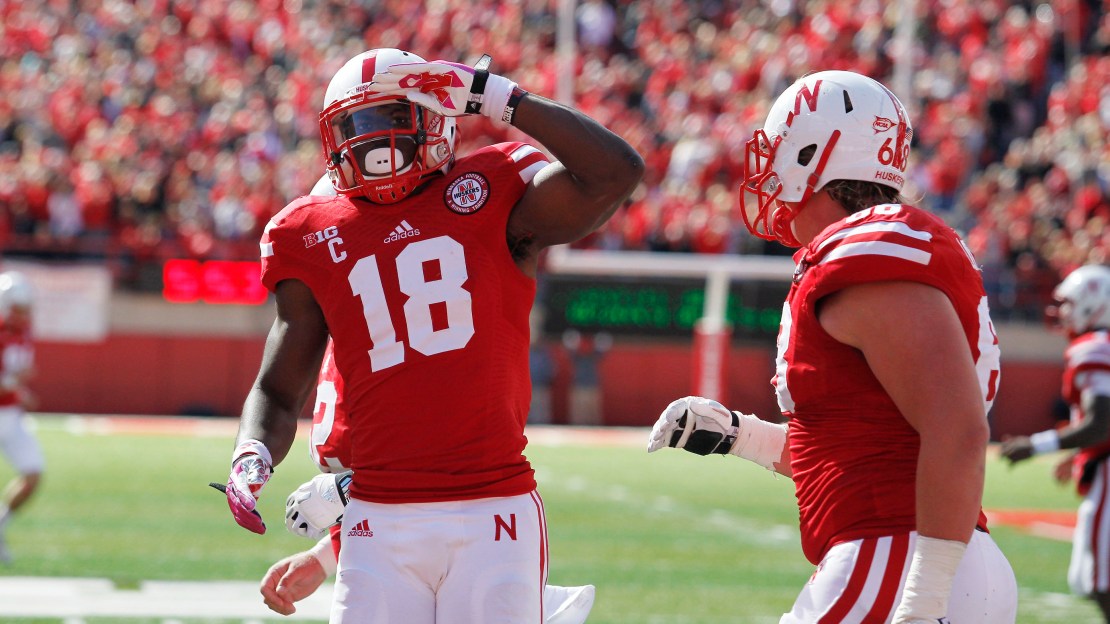 Here is a good place to start daily links on this chilly Thursday in late October. Interesting piece from the great Tom Shatel: If Nebraska has the Big Ten blahs, it has only itself to blame. It seems some Huskers fans aren?t enamored with their new home. But, Shatel has some interesting insights: The inability to move up the rankings, or flag down the Associated Press voters? That's on Nebraska's inability to show well in a big game - most notably UCLA - not the mediocrity that is Big Ten football.

Embarrassed by being in the Big Ten? Flip it around. When is Nebraska going to do something for the Big Ten? Conference image is simple. It's always been about the health at the top. If you have two teams in the top 10 - preferably your big names - that's a strong league.

Big Ten Commissioner Jim Delany and Husker fans have one big thing in common: both want Nebraska to start doing what Nebraska does best. And that's be Nebraska.

Hmmmm. An amazing concept: If you want the source of a problem, look in the mirror. That?s where you?ll typically find it.

Michigan State?s defense is loaded with good players. But they will have to do without big tackle Tyler Hoover this Saturday at Illinois.

Mike Griffith of Mlive.com says the specifics of Hoover's injury have not been disclosed, and Coach Mark Dantonio commonly says he does not discuss injuries unless they are season ending. Hoover's injury is certainly not that. No worries. MSU is five deep at the tackle position — starter Micajah Reynolds along with Damon Knox, Mark Scarpinato and Lawrence Thomas, who has yet to play after suffering a back injury during voluntary offseason workouts in the summer.

The great Lee Barfknect of the Omaha World-Herald says anyone can end up winning the Legends Division.

No doubt, this is going to be a fun race in November. Nebraska, Michigan State and Michigan are the top contenders. And they all play each other. I have to say: I?m liking the Spartans more and more.

Bob Flounders of Pennlive.com answered some recent questions in a mailbag. Among them: How many points will be enough for Penn State vs. Ohio State?

Flounders thinks the Lions had better score into the 30s if they want to challenge Ohio State. Penn State did score 31 against Central Florida and 43 against Michigan, so it?s possible. And, know this: The Buckeyes don?t have a steel curtain defense.

Is Ohio State quarterback Braxton Miller one of the top five players in the nation? Penn State coach Bill O?Brien thinks so. Me? I?m not so sure.

"Yeah, it's a very difficult challenge playing a guy like Braxton Miller, in my opinion one of the top five players in the country, really good football player who has improved immensely since he's been in the system," O'Brien said.

"Last year was his first year in the system. Now I think he's got great grasp of this system. He's throwing the ball well. I thought they played real well offensively against Iowa. And again, like you said, if he gets outside the pocket, he's a dangerous guy."

Seth Gruen of the Chicago Sun-Times has your midseason grade card for Northwestern. Mom isn?t going to like these grades.

Wisconsin coach Gary Andersen talks about the BCS rankings in this video.

The Badgers didn?t appear in the first BCS rankings. That could be an issue in the team?s quest to earn an at-large spot in a BCS bowl. Wisconsin will need to win out and finish in the top 14 of the final BCS standings to earn a spot. Is it all possible? Yes, but it may be a tall order.

The backbone of Ohio State? It?s the offensive line. Credit coach Ed Warinner, whose unit has come a long since the spring of 2012.

This is a veteran group that features four seniors: left tackle Jack Mewhort, left guard Andrew Norwell, center Corey Linsley and right guard Marcus Hall. Right tackle Taylor Decker is a sophomore. And the group is big, averaging 6-foot-6 and 310 pounds. But what I like the most is the shoulder-length hair that most possess.

Wisconsin running back Melvin Gordon was committed to Iowa coming out a high school but flipped to Wisconsin. Imagine how things would be different if he had stuck the Hawkeyes? The guy has been the top player in the Big Ten so far in 2013.

Gordon gave a non-binding oral commitment to Iowa in August of 2010 going into his senior year at Kenosha Bradford. It stayed that way for three months before a desire to stay closer to home led him to change his mind, de-commit from the Hawkeyes and switch to the University of Wisconsin around Thanksgiving.

?Probably one of the hardest things I?ve had to do, de-committing from them, because I had a really good relationship with the running backs coach, Lester Erb,? Gordon said. ?It was hard telling him I wanted to de-commit.?

Rich Fisher on Jordan Westerkamp: "I've never been around a receiver that takes so much pride in making sure he doesn't drop a football."

My take: He is impressive.

Ross Els on #Husker linebacker puzzle: "I'd be really concerned if the six guys couldn't play. The good thing is all six can play."

My take: Great depth at this position.

My take: So, you?re saying ESPN has sway over who wins the Heisman?

My take: What about Jeremy Gallon? Indiana has some nice receivers, too.

In his first NBA game since December 2009, Greg Oden had 2 points and 2 rebounds in 4 minutes in Miami?s 108-95 victory over New Orleans.

My take: Good to see him back!

My take: The kid is a specimen.

The $1.3 million FB guarantee paid to Air Force shows the advantage of U-M, OSU, etc. who can afford to pay extra to get teams they want.

My take: Yet another example of how college football is the most lopsided and uneven playing field in all of competitive athletics.

Still no decision on the starting quarterback between Leidner and Philip Nelson. That will come Thursday. But both will play. #Gophers