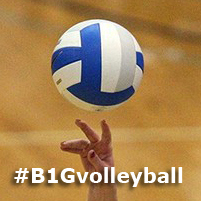 For years, Big Ten coaches have spouted off clichés about how difficult a grind the conference is week in week out, how there are no off nights, that you?re in for battle in every match, and that there is no margin for error. While accurate in some sense, until the 2013 season, it seemed like a lot of coach speak to pump up the reputation of the league.

However, this season has lived up to all the coaches? hyperbole, as one can genuinely go into each match with no clue of what the outcome will be.

The conference year began with an upset and there have been others littered throughout the schedule. But until this past week, when top 10 teams and Big Ten Title contenders fell in three matches, it was hard to believe that all the talk about any team having a chance in every match was accurate.

Before we continue further, here's a look at the latest B1G standings:

Through matches of Sunday, October 20th.

The Boilermakers did not get out to the start in Big Ten play that head coach Dave Shondell had envisioned. Purdue opened with two straight losses for the first time since 2005, falling to Wisconsin and Minnesota in straight sets on the road.

Following the Ariel Turner show of the last three seasons, where the outside hitter from Colorado took nearly 40 percent of the team?s swings, a 6-2 system was implemented coming into the year with the hopes of a balanced Boilermaker attack becoming the new norm.

?We had leaned so heavily on Ariel Turner in the past few years that everybody thought we wouldn?t have anything left,? said Shondell.

While disappointing at the time, Shondell and his staff used the losses to reevaluate the team and assess what changes could be made to improve their chances in the nation?s toughest conference.

Purdue would split the next two weekends, earning wins against Ohio State and Illinois, while losing to Penn State and Northwestern in five-set matches that could have easily gone the Boilermaker?s way.

With a record of 2-4 in the Big Ten and its back against the wall, according to Shondell, Purdue traveled to Iowa and Nebraska. In the cavernous environment of Carver-Hawkeye Arena, Purdue swept the Hawkeyes then met No. 8 Nebraska the next night in front of 8,000 fans.

Unfazed by the atmosphere of the Bob Devaney Center, the Boilers would go up 2-0 on the Huskers heading into intermission on the strength of a seven kills from Catherine Rebarchak in the second set alone.

After dropping the third set, Purdue found itself in a hole mid-way through the fourth before Shondell made the change that would secure the upset win. Redshirt senior Katie Griffin has played a reserve role throughout her entire career in West Lafayette and has often been the catalyst off the bench in big matches. In Purdue?s upset of No. 4 Penn State in 2010, it was Griffin who would contribute a career night with 13 kills as a freshman.

Against Nebraska on Saturday, Griffin?s job would be to slow down Amber Rolfzen on the right side who had asserted herself the entire evening until that point. Well, Rolfzen would be halted for the remainder of the set thanks to Griffin?s presence at the net, and the Boilermakers would earn their first win over a top 10 team since last defeating Nebraska in 2011.

?The beauty of not playing well early and getting beat is you make changes and you work harder at getting better," Shondell told his team last week. ?If we would have won a couple of the matches earlier that maybe we should have, we would just be sailing along thinking we were pretty good and we weren?t. We?ve gotten in the gym and made a lot of progress.?

The progress has paid off, and Purdue now sits at .500 in the conference and hopes that the confidence from being the first team to beat Nebraska at the revamped Bob Devaney Center carries over to the rest of the Big Ten slate.

Not even an entire season into his tenure as Wisconsin?s head coach, Kelly Sheffield has already made tangible changes to the Badger program. After arriving on campus last spring, Sheffield first noticed that his team lacked the willingness to fight when things weren?t going its way.

For a team that has as much talent as Wisconsin, the inability to hit back after being knocked down was not acceptable for Sheffield. The Badgers lacked the ?fighting spirit? and Sheffield has been communicating with his team how to fight in the Big Ten and that they can compete with any team.

After a disheartening loss to Michigan on Friday, where for the first time all season Sheffield felt like his team was punchless, the Badgers faced No. 5 Michigan State in the UW Field House on Sunday.

Proving the fight that Sheffield had been pushing for all season, Wisconsin was not deterred by a first-set loss to the Spartans. The Badgers would take the next three sets on their way to their first win over a top 5 team since 2006.

Senior libero Annemarie Hickey was exceptional, digging up a season high 27 balls and consistently being in the right position to slow the Spartans? Lauren Wicinski. Hickey would earn Big Ten Defensive Player of the Week honors on Monday and has brought much needed experience back to floor following her ankle injury earlier in the year.

Wisconsin?s setter Lauren Carlini seems to not need experience to excel as she put on a showcase on Sunday, setting her team to the upset win. The team?s hitting percentage (.239) likely won?t satisfy the driven Carlini, but she found multiple hitters throughout the match and even contributed six kills of her own.

Sheffield has had to cobble together a lineup this season with seven players missing time due to injuries, but following Sunday?s win, a Wisconsin team that has missed out on the postseason each of the past five seasons now has a signature victory to show off to the selection committee.

At first glance the rivalry matchup between Indiana and Purdue would appear to be a likely win for the confident Boilermakers. However, as stated before, you cannot predict the Big Ten and this match could once again be up in the air.

A year ago, Indiana came into this matchup without a conference victory and went on to beat Purdue in four sets. The Hoosiers are struggling with their outside hitters and unless Morgan Leach and Awale Nwaeze both contribute 15 kills or more each, it will be tough for Indiana to repeat last year?s performance.

The Hawkeyes finally got their first win of Big Ten play on Saturday night, beating the Hoosiers in five sets. Iowa had 20-kill performances from Alex Lovell and Rachel Bedell and will the need pair to repeat the effort to beat the Huskers.

Nebraska?s block will need to be better than it was against Purdue as head coach John Cook felt a lot broke down in Saturday?s match due to poor blocking. Wednesday?s match could be what the Huskers need after dropping two of their last three contests.