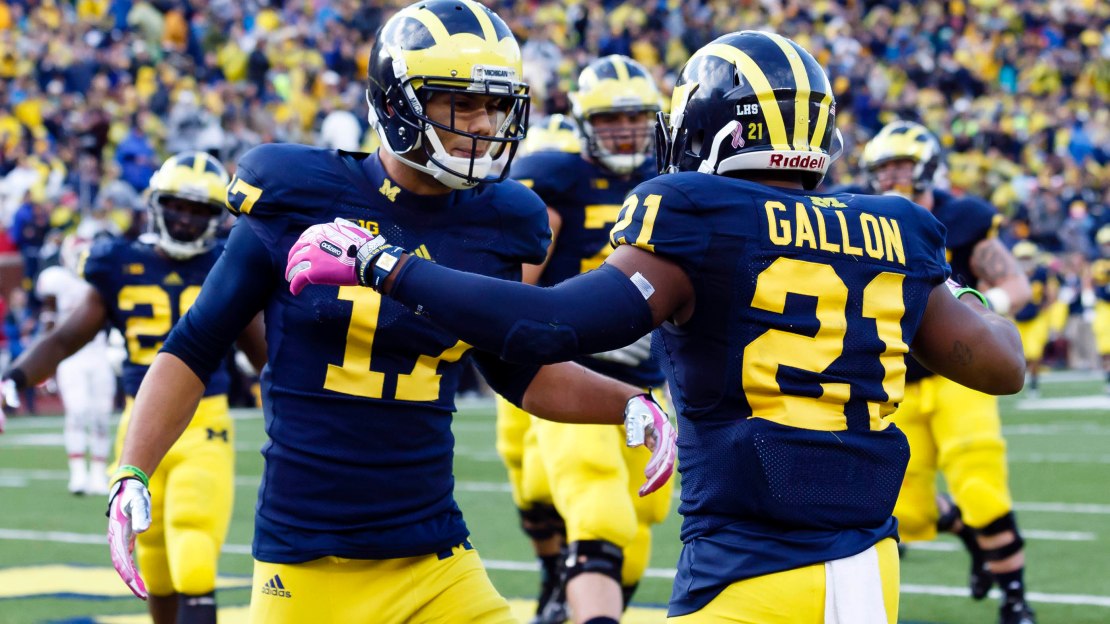 For the most part, it was business as usual in the Big Ten on this Saturday. Ohio State reasserted its dominance with a 19th victory in a row. Wisconsin dominated Illinois and Michigan State was methodical vs. Purdue, while Michigan beat Indiana in one of the wildest games of the season. Northwestern? I don?t know what to make of the Wildcats. Here is a wrap of Week 8.

Biggest surprise: Michigan State only winning 14-0 over a one-win Purdue team in East Lansing. Pitching a shutout was expected. But the Spartans were expected to score more points vs. a Boilermakers defense that came into the game ranked No. 9 in the Big Ten (417.2 ypg). Alas, the MSU attack scored just one touchdown. The other came on defense its fifth such score of the year. The Spartans had scored an aggregate 68 points the previous two games, as it looked like their offense was coming to life. The unit took a step back today.

Biggest disappointment: Northwestern. Losing to Ohio State and at Wisconsin is one thing. Losing at home to a Minnesota team that had lost two in row and was without its head coach on the sideline is an entirely different thing. Yes, the Wildcats were without quarterback Kain Colter and running back Venric Mark because of injury. Still, this was a game the Wildcats needed to find a way to win to help stabilize a listing season.

Best play: In the third quarter of the Indiana-Michigan game, Hoosiers receiver Kofi Hughes leaped over a defender for a pass, making a spectacular catch. But, he didn?t stop there. Hughes then raced 67 yards for a touchdown to cut Michigan?s lead to 42-40.

Play this again: Michigan 63, Indiana 47. This was a frenzy of points and yards. The Wolverines notched a school-record 751; the Hoosiers had 572. Michigan quarterback Devin Gardner set a school-record with 584 yards of offense and 503 yards passing, while Jeremy Gallon set a Big Ten standard with 369 yards receiving in a wild game that left fans and the scorekeeper breathless. It was like a flag football game.

Never play this again: Wisconsin 56, Illinois 32. The Badgers raced to a 21-0 lead with 5:03 left in the first quarter and cruised from there. Wisconsin had 478 yards, including 289 on the ground, as Badger backs Melvin Gordon and James White combined for 240 rushing yards and five touchdowns.

[ MORE: Dienhart: 5-2 Wisconsin still has plenty to for ]

[ MORE: How did we do? Week 8 Big Ten predictions revisited ]

It?s an abbreviated schedule with just four games. The headliner: A primetime affair that has Penn State at Ohio State. The Nittany Lions will be coming off a bye. Michigan State may have a trapdoor game at Illinois. Be careful, Spartans. Minnesota will look to stay hot with Nebraska coming to Minneapolis off a bye week. Reeling Northwestern is at Iowa.