Dienhart: 5-2 Wisconsin still has a lot to play for 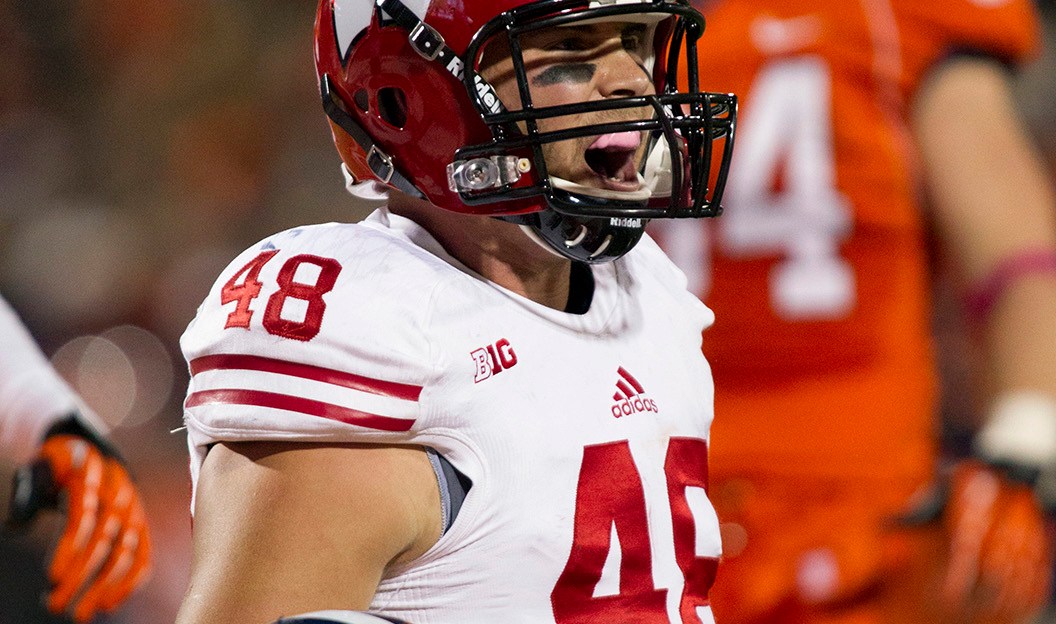 The possibilities will seem endless in the dead of winter. But, great possibilities still loom for the Badgers in 2013. There still is a lot to play for, even with the two excruciating defeats.

And that array of talent-Melvin Gordon, James White, Jared Abbrederis, Jacob Pedersen, Ryan Groy, Beau Allen, Chris Borland et al.–was on full display on this night in Champaign vs. an overmatched Illinois team that wasn?t ready for this.

Final score: Wisconsin 56, Illinois 32. And, it really wasn?t that close.

?That?s big for us,? said Wisconsin quarterback Joel Stave. ?That seems like that?s all we?ve been playing, road night games, dating back to last year. But it?s great. It?s good to get a win on the road and in an environment like this.?

It?s difficult to believe this Wisconsin team has two losses, but that?s what the records say. The 31-24 defeat at Ohio State was legit. But the 32-30 loss at Arizona State still stings, thanks to the royally botched officiating in the dying moments that denied Wisconsin a shot to attempt a game-winning kick.

This is a very good Wisconsin team. In fact, I think it?s the second-best team in the Big Ten. It?s just too bad that the Badgers are in the same division as Ohio State-and that Wisconsin had to play the Buckeyes in Columbus. If the Badgers and Buckeyes had met in Madison ? well, who knows? But I would have liked Wisconsin?s chances.

The Badgers were a buzz saw on this night. How deadly was Wisconsin? It had a 21-0 lead with 5:03 left in the first quarter.

On this night, Gordon ran 17 times for a cool 142 yards and three touchdowns. At 6-1, 207 pounds, Gordon is a nice blend of power and speed who has equal aplomb at running inside as he does outside.

Yes, Ohio State?s Carlos Hyde is good. And so is Nebraska?s Ameer Abdullah. But Gordon is king of Big Ten backs, as he became the first to eclipse the 1,000-yard rushing mark this season with 1,012 yards. And he?s averaging 9.5 yards per tote.

All of this running helps set up Stave to hit play-action passes. It?s all a devastating combination for an offense that continues to thrive despite not having an abundance of top-flight receiving options on the perimeter. Credit coordinator Andy Ludwig.

?With the way we ran the ball tonight, we were really, really efficient,? said Stave. ?I think that?s the way this offense works best. When the defense starts creeping down, we can start taking shots over the top. I think this offense is really powerful and really tough to stop.?

Now, look at the rest of the Wisconsin schedule: at Iowa, BYU, Indiana, at Minnesota, Penn State. The Badgers will be favored in every game, but winning out won?t get Wisconsin to the Big Ten title game unless Ohio State loses twice down the stretch thanks to the Badgers? loss to OSU. Just where would a 10-2 Badgers team end up in the postseason? Maybe in an at-large BCS bowl slot-but at the worst a nice bowl in Florida like the Capital One.

Wisconsin is everything Illinois aspires to be. The Fighting Illini are a big improvement on last year?s club, which went 2-10 and ended the season on a nine-game losing skein. But Illinois? Big Ten losing skid is now at 16 games. The best chance to end the conference misery figures to come during a trip to Purdue on Nov. 23.

The Fighting Illini offense was effective on this night, notching 391 yards with 319 coming through the air. But until Illinois develops a more consistent rushing attack-and is also better able to stop the run-the Illini will struggle. Wisconsin ran for 289 yards, while Illinois had just 72.

?This team at least fights,? says Illinois coach Tim Beckman. ?They?ll fight to the end. ?We just played Nebraska and Wisconsin and I think they were there in December (last year) the last time I looked up, so they?re pretty good football teams. And we?ve got a ways to go, there?s no question. But we fought and we need to continue to fight throughout this football season for this program to move forward.?

Wisconsin has what Illinois wants. While Wisconsin is hoping it doesn?t have to say ?what if? this winter.