Did you see this: Tom Izzo at Midnight Madness 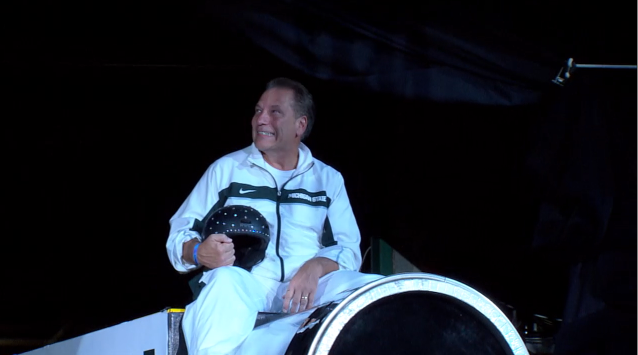 Tom Izzo's epic Midnight Madness performances have become one of the most popular events leading up to the Big Ten basketball season. It was the same story Friday night as the Spartans' head coach was preparing to get shot out of a cannon.

Have a look at it here:

Izzo followed that up with a speech to the fans, where he revealed it wasn't actually him being shot out of the cannon.

"I know you are disappointed," Izzo joked. "Most of you were hoping I splatted right on the middle of this floor."

The men's and women's teams followed that up with scrimmages.

One of the stars of the scrimmage was freshman Alvin Ellis III, who had an eye-popping dunk over big man Adreian Payne.

The No. 2-ranked Spartans open the regular season on Nov. 12 against No.1 Kentucky at the Champions Classic in Chicago.