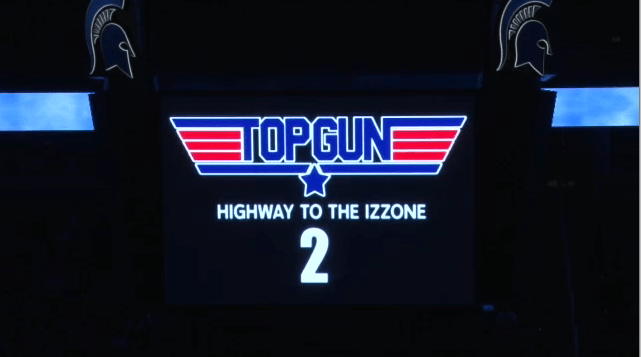 What type of entrance will Tom Izzo make at this year's Midnight Madness? That's the burning question on the campus of Michigan State leading up to tonight's much-anticipated event.

We have seen Izzo come out as a fighter pilot to the "Top Gun" theme:

We have seen him dressed as Iron 'Mountain' Man:

What does Izzo have up his sleeve for this year?

"Without saying too much because we want to keep everyone in suspense, it's probably going to be one of the more daredevilish experiences that the fans can see in person planned for Friday," Joe Rood, a Michigan State assistant director of sales and marketing, said on athletic director Mark Hollis' radio show. "It will be a blast."

Doors at the Breslin Center open to fans at 8:30 p.m. ET and the event will be streamed live starting at 9:25 p.m. ET as part of the Big Ten Digital Network subscription package.  The night?s activities will include fan autographs and feature the introduction of the men?s and women?s basketball teams.

The event will not include Michigan State's first official practice, but it will feature action on the court along with Izzo's much-anticipated entrance.