Best of Week 8: Will we see an upset Saturday? 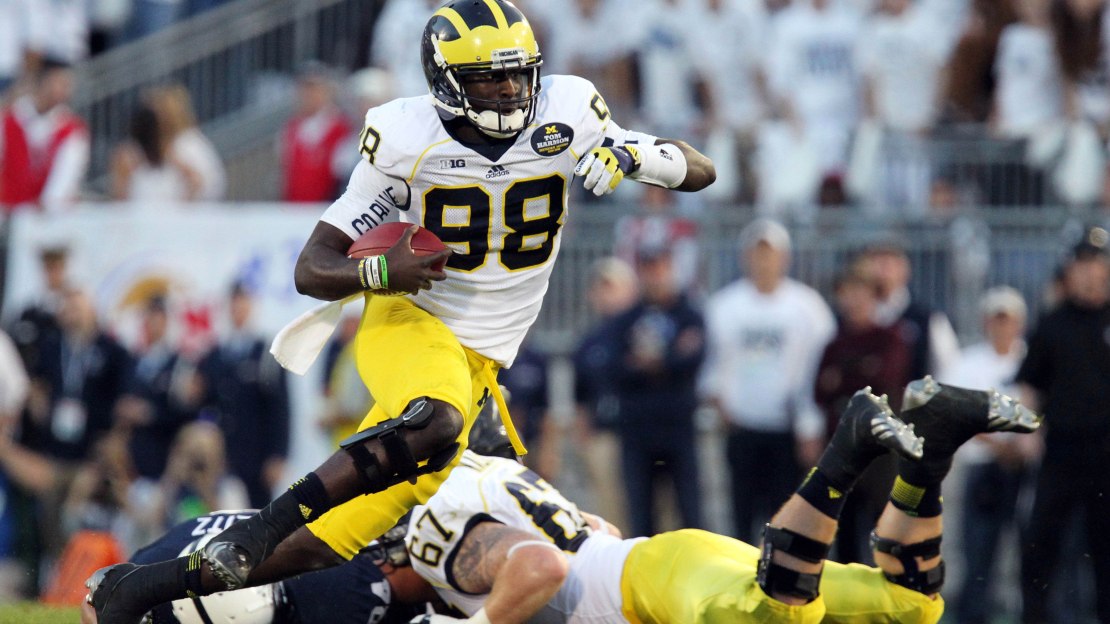 After first looking at the menu for Week 8, you may be inclined to rake leaves this Saturday. But, don?t. I have a funny feeling we could have an upset.

Besides, there aren?t enough leaves on the ground to rake just yet.

BEST GAME: Iowa at Ohio State. This clash is the closest thing to a ?best game.? The Hawkeyes travel to Ohio State. Good thing Iowa will be coming off a bye, as it likely will need the extra prep time. It?s worth noting that Iowa has lost four in a row to the Buckeyes and 12 of the last 13. The lone Hawkeye triumph in that stretch came in 2004, 33-7 in Iowa City. Still, this is a stout Iowa defense that could slow down the OSU offense. The key: Can the Iowa offense get some traction? If so, it could be an interesting game.

UPSET ALERT: Could Indiana win at Michigan? A crazy notion back in August, right? Not now. The Wolverines are struggling on offense, as they must come to grips with the realization that their power offense just isn?t working. The offensive line is a mess, and quarterback Devin Gardner is asked to run too much as he also deals with decision-making issues. If Michigan can?t run vs. this IU defense, then Wolverine fans really will have reason to panic. Indiana? It has nothing to lose as it travels to Ann Arbor. Yes, the Hoosier defense is bad-once again. But the offense is deadly. If IU can get an early lead and make Michigan play from behind, the Wolverines may be in trouble.

History means squat, but I?m going to give you some anyway because, well, I like history. The Michigan-Indiana series is among the most lopsided in the nation. The Wolverines have won the last 17 meetings dating to a 14-10 Hoosiers? win in Bloomington in 1987. Add it up, and Michigan has won 32 of the last 33 meetings. The last time Indiana won two in a row was 1958-59.

MUST WIN: Northwestern must prevail at home vs. Minnesota. The wheels look like they may be coming off a Wildcat season that not long ago teemed with potential and had some whispering ?Rose Bowl? in Evanston. Seems like years ago, doesn?t it? Oh, great things still could happen-but not unless NU beats a Golden Gophers team that has lost two in a row and is working sans head coach Jerry Kill. For what it?s worth, Northwestern has had the upper hand on Minnesota of late, winning three in a row and five of the last six. In fact, the Wildcats have taken 10 of the last 15 encounters.

QUARTERBACK MATCHUP TO WATCH: I like the battle between Wisconsin?s Joel Stave and Illinois? Nathan Scheelhaase. Stave continues to make strides as a passer, ranking fifth in the league in efficiency. Scheelhaase is the No. 2 most efficient quarterback in the Big Ten and is on pace for a career year. He is hitting 64 percent of his passes with 12 scoring strikes and just four picks. Scheelhaase will have to do more for his team than Stave on Saturday night. Still, sit back and enjoy this clash of underrated signal-callers. Wisconsin has had its thumb on Illinois, winning three in a row and seven of the last eight. How dominant have the Badgers been? They are 12-3-1 in the last 16 meetings with the Fighting Illini. Wisconsin is 6-2 in its last eight trips to Champaign.

PLAYER ON THE SPOT: Mitch Leidner. The Minnesota quarterback can run, no doubt. But the Golden Gophers need to develop some type of passing game to give the offense balance. Minnesota is last in the Big Ten in passing (116.8 ypg), 11th overall (332.7 ypg) and riding a two-game losing skid. Leidner (or Philip Nelson, for that matter) needs to step up. He surely would be helped by a better receiving corps. Still, it all starts with the quarterback.

[ MORE: Which contender has most to prove in second half ]

KEEP AN EYE ON: The Michigan ground game. It?s floundering. All of those blue-chip offensive linemen are failing to get a consistent push, as the Wolverines are No. 9 in the Big Ten in rushing (173.2 ypg). Look, if you can?t run on Akron or UConn, well, it?s not good. In the 43-40 four-overtime loss at Penn State last week, Michigan averaged a scant 2.8 yards per tote. Fitz Toussaint carried 27 times for 27 yards. (Looks like a misprint.) The power running game isn?t gaining traction. What is working are Devin Gardner runs, but the staff fears he?ll get hurt with too much work. No doubt, he was effective vs. Penn State, running 24 times for 121 yards. If Michigan can?t run vs. an Indiana team that?s last in the Big Ten in rush defense (216.5 ypg), it?s going to be a long second half of the season in Ann Arbor.

BEST COACHING MATCHUP: It has to be Iowa?s Kirk Ferentz vs. Ohio State?s Urban Meyer. These are two of the best in the business. Ferentz is in his 15th season at Iowa, the face of Hawkeye football. Meyer is the superstar coach riding an 18-game winning streak with two national championships on his resume.

COORDINATOR MATCHUP TO WATCH: How about Illinois offensive coordinator Bill Cubit vs. Wisconsin defensive coordinator Dave Aranda? Yes, this will be nice. Cubit arrives after a successful eight-year stint as head coach of Western Michigan and has the Illini attack No. 5 in the Big Ten (457.2 ypg). He?s a sage offensive mind who has been a coordinator at Rutgers, Missouri and Stanford, among other places. Aranda is a rising star in the game who has installed an aggressive 3-4 scheme after following Gary Andersen from Utah State to Madison. Several schools tried to hire Aranda, but he rebuffed them. The Badgers have the No. 2 defense in the Big Ten (267.3 ypg).