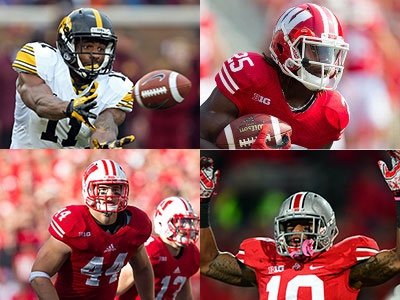 We are officially halfway through the college football season, which is hard to believe. It has been a phenomenal Big Ten season thus far, featuring plenty of great games and individual performers. Several of those top individual performers were rewarded this week by being named to various 2013 Midseason All-America Teams.

ESPN, CBS and Sports Illustrated all released their Midseason All-America teams over the past two days, and plenty of B1G stars are included in the mix.

How do these lists compare with Tom Dienhart's Big Ten Midseason Report?

Have a look here:

SI.com on Shazier: "Buckeyes' captain has eight tackles for loss for a D that allows just 86.2 rushing yards per game."