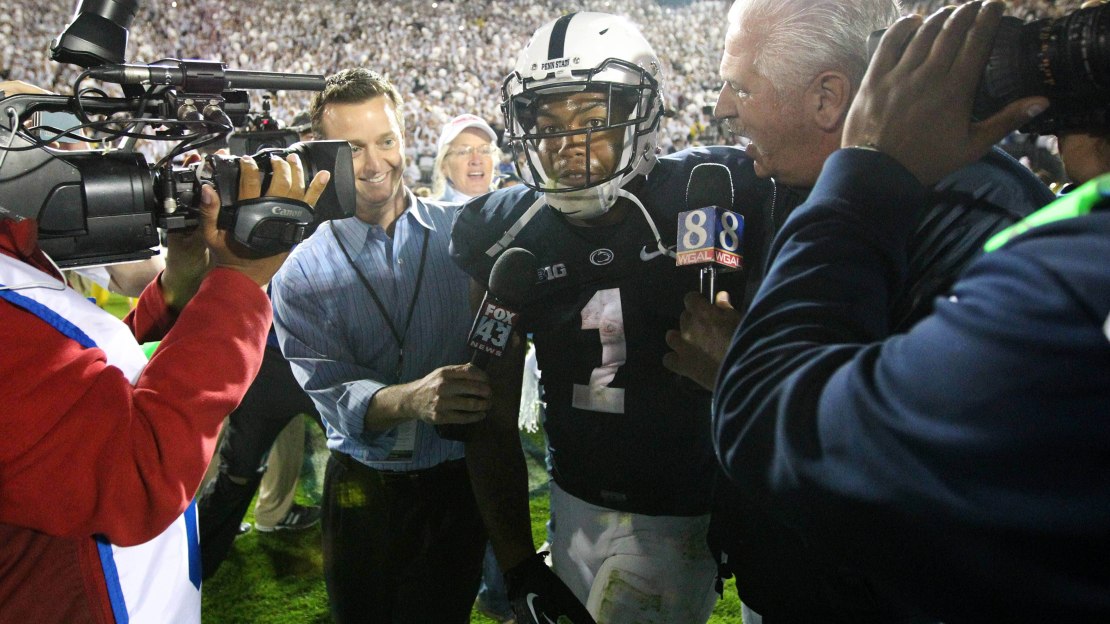 This week on "The Journey: Big Ten Football 2013" presented by Best Buy captured their usual amazing shots from selected Big Ten action, including some great plays from the Penn State-Michigan game. Watch two of them in this post and learn more about Wednesday's episode.

Also, our crews went into the trenches with three Big Ten lineman. Meet Penn State?s John Urschel, a star both on the field and in the classroom. Find out why Michigan?s Taylor Lewan decided to return to Michigan for his senior year.  And learn the details behind Michigan State defensive lineman Shilique Calhoun?s path to East Lansing. Plus, we'll have highlights from the Indiana- Michigan State game.

Wednesday's episode airs at 7 p.m. ET with multiple re-airs after that.

And then watch this:

This is worth a look, too. Slow-motion sack & fumble recovery. #BTNJourney WATCH – http://t.co/Kj3Rn2ayJl

Follow BTN's popular documentary-style show "The Journey" on Twitter and go behind the scenes with show producers running @BTNJourney for updates, photos, videos and more. We're also on Facebook, Instagram, and now Storify, too.