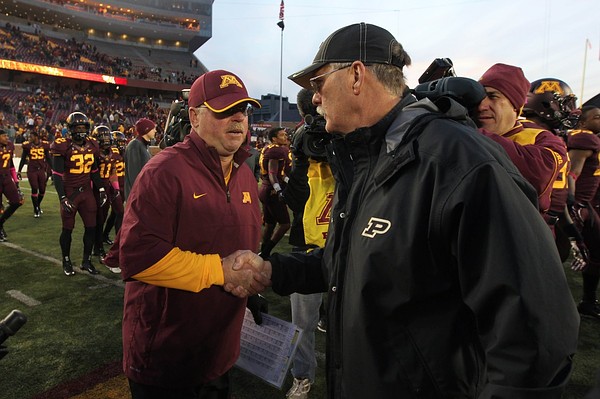 The University of Minnesota announced today that head football coach Jerry Kill will take a leave of absence from coaching and will focus on dealing with and treating his epilepsy. Here are some notable twitter reactions to today's breaking news.

? Coach Kill because I know as hard of a decision it probably was to make its the best decision for his future and his family

Most important thing about Jerry Kill taking time off is that he's focusing on his health. Forget football. This is much bigger than that.

Kill: "This was a difficult decision to make, but the right decision…I have full confidence in Coach Claeys and them during my time away."

Kill will return when he has his seizures under control with the right medication levels. But nobody can know when that will be. #Gophers

Minnesota announces that Jerry Kill is continuing to take time to focus on his treatment and better manage his Epilepsy.