Thursday links: What's up with the Big Ten QB play? 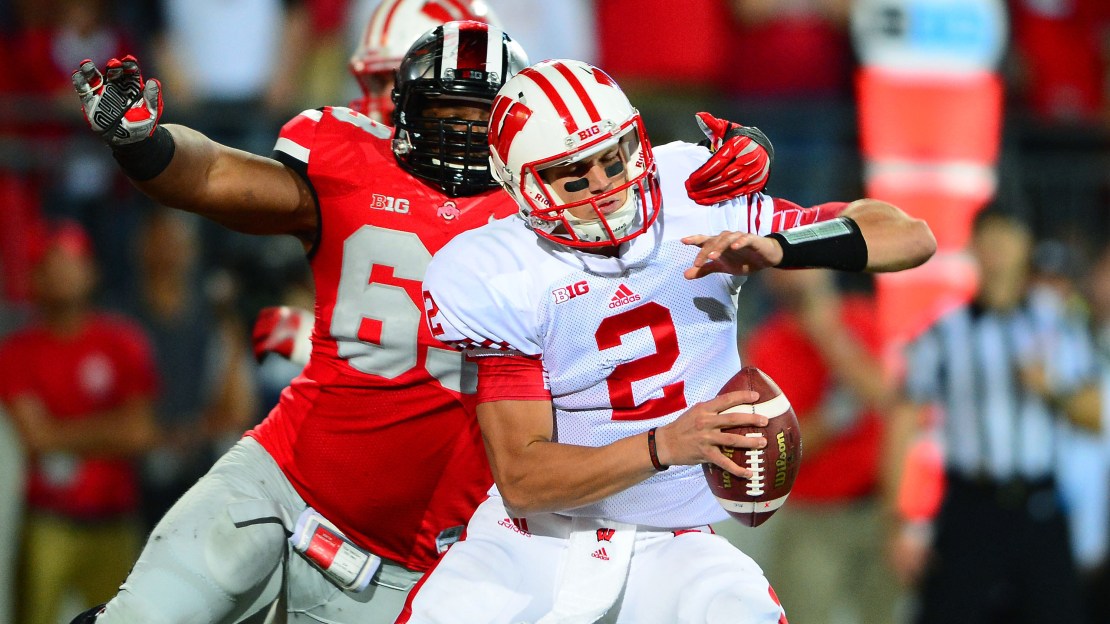 On a related note, Michigan is prepping for a loud Beaver Stadium not by blasting music during practice. Rather, the quarterbacks are whispering instructions. That?s an interesting twist on how to prep for a wall of sound.

The great David Jones of Pennlive.com thinks Michigan is probably better than it has shown so far. But Penn State? Well ?

Jones thinks Penn State is coming off an embarrassment at Indiana and is at the juncture for a circle-the-wagons moment. He also thinks this is a Michigan team that would normally look ripe for the picking. But does Penn State have a team good enough to execute the upset?

Not likely. These appear to be two teams passing in the night. Michigan is ascending, as the defensive continues to improve as the offense strives to stabilize. Penn State is descending, peppered with defensive issues and now a seeming inability to run the ball.

In case you are wondering, Minnesota A.D. Norwood Teague recently said ?no question? that Jerry Kill is head coach.

I hope Kill remains, too. The guy already has done wonders in a short period of time in Minneapolis. The great Sid Hartman points out that Kill took over a program that was in terrible shape. Kill and his staff subsequently have produced miracles when it comes to academics, recruiting and generating respect for the program from not only Minnesota high school coaches but coaches and players all over the country, considering the increasing success the staff has had in out-of-state recruiting.

Kill and Co., took over a program with about 40 players dealing with academic problems. The result was a number of talented football players recruited by Tim Brewster and his staff dropped out of school. I want to see Kill finish the job in the Twin Cities – and so do a lot of other people.

With wins this Saturday, Michigan (at Penn State) and Michigan State (vs. Indiana) are poised for big jumps in the polls. If you are like me, you can?t wait for the Wolverines? visit to East Lansing on Nov. 2.

Yes, that?s Penn State coach Bill O?Brien in a dunk contest at Nittanyville. Check out the video. Who knew? Not me.

It?s true: Michigan State linebacker Max Bullough has no sense of smell. That, ladies and gentlemen, is what you call a ?conversation starter.?

?It?s probably a good thing, with what I do for a living,? the Michigan State senior linebacker told the Detroit Free Press after a recent practice. ?The majority of my life is spent in gross areas.?

So funny. And probably so true.

#PennState S Malcolm Willis: "Penn State vs. Michigan has always been a big-time game, and I'd be lying to you to tell you that it wasn't."

My take: He speaks the truth.

MSU DL coach Ron Burton says Lawrence Thomas looks fresh. How he practices will determine how soon he is back on the field.

My take: MSU defense already is good. Imagine when this guy gets back.

Chris Borland needs to average 12.25 tackles over the final 8 games to become Wisconsin's all-time leading tackler. Will he do it? #Badgers

Indiana needs three wins for bowl eligibility. They get Illinois, Minnesota and Purdue at home. Winning all 3 would mean progress.

My take: I agree with that.

My take: And plays are what Purdue needs to be made.