Best of Week 7: A light, exciting Saturday ahead 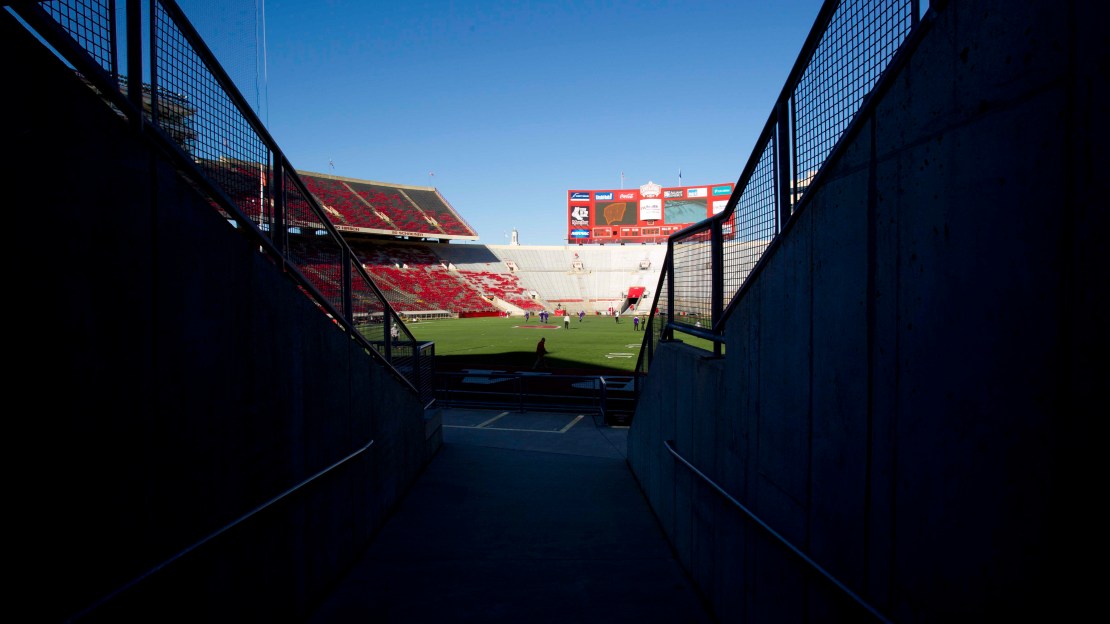 Yes, there are only four games this week, but there still are some interesting storylines. Northwestern?s trip to Wisconsin is a good cross-division clash between schools that haven?t met since 2010. Each has lost to Ohio State this year. Can the Badgers afford a third loss already? Can the Wildcats get up for a second big game in a row?

Michigan looks to remain one of two unbeaten Big Ten teams (Ohio State is the other) when it visits Penn State. Michigan State vs. Indiana is a clash between two programs coming off big wins. It?s also a contrast in styles, as the Spartans win with defense and the Hoosiers win with offense.

Nebraska visits Purdue looking to augment its resume vs. a struggling Boilermakers? squad that hopes to turn over a new leaf. The teams have met just one time, with the Cornhuskers losing 28-0 in 1958 in West Lafayette.

Illinois, Iowa, Minnesota and Ohio State are off. Enjoy your Saturday, fellas.

BEST GAME: Northwestern at Wisconsin. The Badgers? Leaders Division title hopes took a hit with that loss at Ohio State. Still, big possibilities loom for the best two-loss team in America. This is a surging Wildcats program coming off a 10-win season and its first bowl win since the 1948 season. But NU is coming off an emotional home loss to Ohio State. Now comes a trip to Wisconsin, which was off last week. These teams haven?t met since 2010. But, no doubt, Northwestern hasn?t forgotten the 70-23 whipping it suffered at the hands of the Badgers in Madison. But know this: Since Barry Alvarez arrived in Madison in 1990, the Wildcats are 8-9 vs. Wisconsin. And NU is 4-3 vs. the Badgers in the last seven meetings. This is an underrated rivalry.

MUST WIN: Michigan at Penn State. If Michigan wants to win the Legends Division, it must dispatch Penn State on the road. It?s that simple. The Nittany Lions were torn asunder at Indiana last week in a 44-24 loss that really wasn?t that close. The Wolverines rebounded from unimpressive wins over Akron and UConn in looking solid in a 42-13 win over Minnesota. Penn State and Michigan haven?t met since 2010, but Penn State has won the last three meetings. Before that, Michigan ripped off nine victories in succession vs. Penn State.

QUARTERBACK MATCHUP TO WATCH: Michigan?s Devin Gardner vs. Penn State?s Christian Hackenberg. Gardner is coming off his first turnover-free game in last week's win vs. Minnesota. Did he show enough to prove he's regained the form and confidence he had in early-season wins over Central Michigan and Notre Dame after tossing an aggregate five interceptions vs. Akron and UConn? Hackenberg did his part to help at Indiana, hitting 30-of-55 passes for 340 yards with three touchdowns. Alas, it wasn?t enough in a 44-24 loss. He has been as good as advertised as a true freshman, completing 59 percent of his passes for 1,367 yards with eight touchdowns and four picks. These are two special talents.

PLAYER ON THE SPOT: Michigan State QB Connor Cook. He seemed to turn a corner last Saturday, when he completed 25-of-44 passes for a career-high 277 yards with two touchdowns and an interception in the Spartans? win at Iowa. Cook looked good in the pocket and spread the ball around. He could have another big game facing the Big Ten?s worst defense (452.6 ypg). The Spartans have won four in a row, eight of nine, and 12 of 14 vs. the Hoosiers. The lone IU victories in that span have come in 2001 and 2006. Indiana came close to knocking off Michigan State last season in Bloomington, falling 31-27, after blowing a 27-14 halftime edge.

KEEP AN EYE ON: Wisconsin RB Melvin Gordon. He?s rested, ready and healthy after having just 74 yards rushing on 15 carries in the 31-24 loss at Ohio State. Gordon and fellow back James White will lead the Big Ten?s No. 1 running game (300.6 ypg) vs. a Northwestern defense that is No. 8 in the Big Ten vs. the run (144.8 ypg). If the Badgers are able to run, it could be a long game for the Wildcats. OSU running back Carlos Hyde ripped through Northwestern for 168 yards rushing and three touchdowns on 26 carries last week. He was the Buckeye offense. Gordon could play a similar role for Wisconsin on Saturday.

BEST COACHING MATCHUP: It will be entertaining to watch Northwestern?s Pat Fitzgerald match X's and O's with Wisconsin?s Gary Andersen. Fitz has the Wildcats trending up despite the tough 40-30 loss at home to Ohio State last week. Andersen has the best two-loss team in the nation. And, like Fitzgerald, Andersen has lost to the Buckeyes. Each coach has a defensive background, but this one may come down to which offense can execute the most big plays.