Week 7 Previews: It'll be a great one in Madison 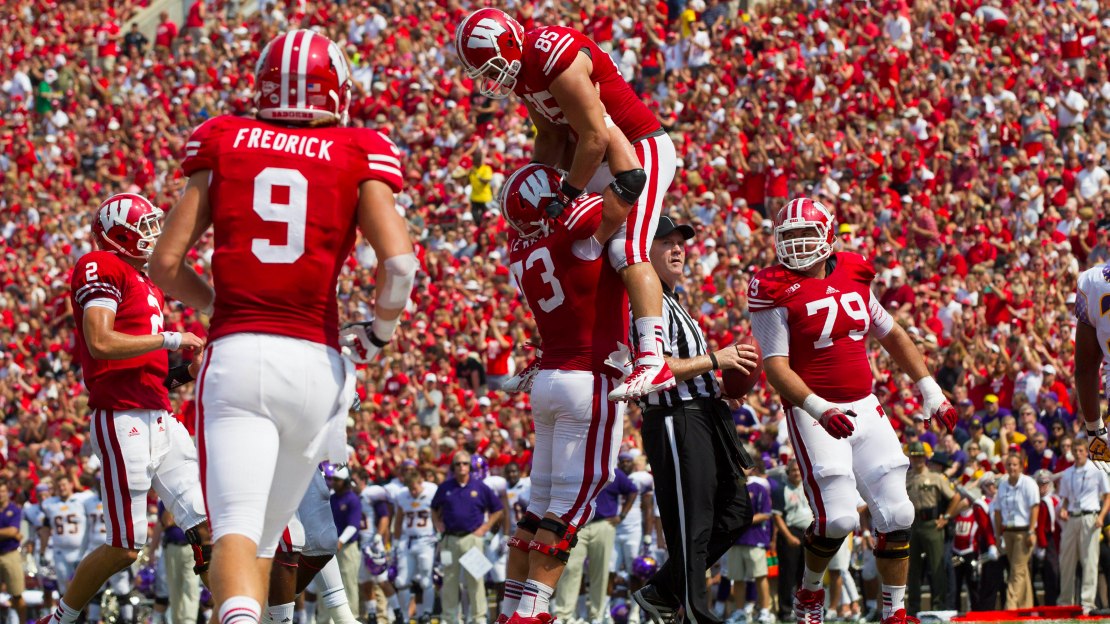 We are approaching the halfway mark of the season rapidly. There are just four games scheduled Saturday, the second time in the last three weeks there will be just four games. Ohio State, Iowa, Minnesota and Illinois are all off. In fact, this is the Fighting Illini?s second bye of the season-and the leaves are still on the trees.

Here are my Week 7 previews.

Why you should watch: The maligned Cornhusker defense may have turned a corner last week in a 39-19 win over Illinois. The Huskers allowed just 372 yards, which is a vast improvement over some efforts earlier this season (South Dakota State, 465; UCLA, 504; Wyoming, 602). Also: Will Taylor Martinez play? He has missed the last two games because of turf toe, but the Huskers still have won behind impressive redshirt freshman Tommy Armstrong, Jr. This is the Huskers? first road game of the season. Purdue is coming off a much needed bye in which Darrell Hazell has said he?s tweaked the offense and adjusted some personnel on defense. Will it help for a team coming off a humiliating 55-24 home loss to a MAC team (Northern Illinois)? The matchup between Nebraska and Purdue is just the second ever between the two schools and the first since Purdue defeated Nebraska, 28-0, in West Lafayette in 1958.

Player on the spot: Purdue QB Danny Etling. The true freshman replaced fifth-year senior Rob Henry (now a safety, by the way) midway through the last game, the aforementioned 55-24 lambasting in Ross-Ade Stadium administered by Northern Illinois. And Etling showed some promise in hitting 19-of-39 passes for 241 yards with two touchdowns and two interceptions. He?ll likely have to have a huge day for Purdue to have any shot at the upset. Why? The Boilermakers? rushing attack is feeble, ranking 12th in the Big Ten (87.0 ypg). If no ground game can get established, the Huskers could tee off on Etling.

Key matchup: Nebraska offensive line vs. Purdue defensive line. Before the season, Hazell felt his defensive front would be a strength. Alas, that hasn?t materialized, as the Boilers are 10th in the league vs. the run (183.2 ypg) and generate little pressure. And no school has allowed more rushing TDs than Purdue?s 11. The Husker o-line is a strength and looked good plowing open holes for Ameer Abdullah last week. He had a career-high 225 yards on the ground (11.3 ypc) for an attack that notched 335 yards rushing vs. Illinois.

Key number: 2-3, Nebraska coach Bo Pelini?s record in first road games of the season as Huskers? coach. The Huskers are also 2-3 in conference road openers under Pelini, including 0-2 in the Big Ten.

Why you should watch: Two suddenly confident teams will face off with the Old Brass Spittoon on the line. No doubt, the result for each team last Saturday makes this a more delicious game. The Spartans won 26-14 at Iowa, while the Hoosiers whipped Penn State, 44-24, in Bloomington. These teams played a doozy last season, as IU led 17-0 before Michigan State came back for a 31-27 win. Amazingly, this is Indiana?s first road game of the season.

Player on the spot: Michigan State QB Connor Cook. He seemed to turn a corner last Saturday, when he completed 25-of-44 passes for 277 yards with two touchdowns and an interception in the Spartans? win at Iowa. Cook looked good in the pocket and spread the ball around. He could have another big game facing the Big Ten?s worst defense (452.6 ypg).

Key matchup: Indiana offensive line vs. Michigan State defensive line. Really, this could just be the Hoosier offense vs. the Spartan defense. The Hoosiers have the No. 1 offense in the Big Ten (535.0 ypg); MSU has the league?s No. 1 defense (203.8 ypg). The IU front has had some issues because of injuries but it must find a way to get a push for what can be a good rushing attack led by Tevin Coleman. The Spartan front is the best in the Big Ten with Shilique Calhoun being a force off the edge. If the Spartans push around the Hoosiers in this matchup, IU is likely doomed.

Why you should watch: This is a battle between arguably the second- and third-best teams in the Big Ten. The Badgers are well-rested coming off a bye week. Yes, Wisconsin has two losses, but each came on the road to good teams (Arizona State and Ohio State). The Wildcats are coming off a 40-30 loss at home to the Buckeyes in which they expended a lot of emotion and energy. Can NU get up for another big game vs. a physical team as the heavy lifting part of the Wildcats? schedule continues?

Player on the spot: Wisconsin RB Melvin Gordon. He and his knee are rested and ready after getting dinged in the 31-24 loss at Ohio State. Gordon, who finished that game with 74 yards rushing on 15 carries, and fellow back James White will lead the Big Ten?s No. 1 running game (300.6 ypg) vs. a Northwestern defense that is No. 8 in the Big Ten vs. the run (144.8 ypg). If the Badgers are able to run, it could be a long game for the Wildcats.

Key matchup: Northwestern running game vs. Wisconsin front seven. The Wildcats welcomed Venric Mark back from injury last week. But he had just 60 yards on 17 totes (3.5 ypg). And Northwestern had just 94 yards rushing on 43 carries (2.2 ypc). That was a big reason why the Wildcats were only 5-of-14 on third downs. Wisconsin has the No. 2 overall defense in the Big Ten (272.6 ypg), and is allowing just 99.4 yards rushing (3.0 ypc). See where I?m going with this?

Key number: 92-21, margin by which Northwestern has been outscored in the final 20 minutes of its last four Big Ten defeats.

Why you should watch: Each team appears to be headed in decidedly opposite directions. The Wolverines enjoyed a workmanlike effort in a victory over Minnesota, playing great defense while starting to work out some kinks on offense. The Nittany Lions got exposed in a lopsided loss at Indiana, as the defense was torn asunder. Is this a preview of what?s to come the rest of the season? Scholarship cuts have compromised Penn State?s depth. Michigan is 4-2 at Beaver Stadium since 1997.

Player on the spot: Penn State QB Christian Hackenberg. The true freshman likely is going to have to enjoy a huge day for the Nittany Lions to have any shot at beating Michigan. He tried last week, hitting 30-of-55 passes for 340 yards with three touchdowns. Alas, it wasn?t enough in a 44-24 loss at Indiana. ?Hack? is completing 59 percent of his passes for 1,367 yards with eight touchdowns and four picks. No doubt, Hackenberg needs more reliable targets aside from Allen Robinson.

Key matchup: Michigan TE Devin Funchess vs. the Penn State linebackers and secondary. Funchess was used as receiver in addition to his tight end duties vs. Minnesota. And he virtually was unstoppable, making seven catches for 151 yards and a touchdown, averaging 21.6 yards per grab in the 42-13 triumph over the Golden Gophers. Can the Nittany Lions matchup with the freakish 6-5, 228-pound Funchess?

Key number: 452, rushing yards allowed by Michigan in 2013. That?s the fewest in the Big Ten. The Wolverines also haven?t yielded a rushing touchdown. This isn?t good news for a PSU ground game that got no traction last week vs. a moribund Indiana rushing defense. The Nittany Lions ran 38 times for just 70 yards (1.8 ypc) vs. the worst run defense in the league last week.