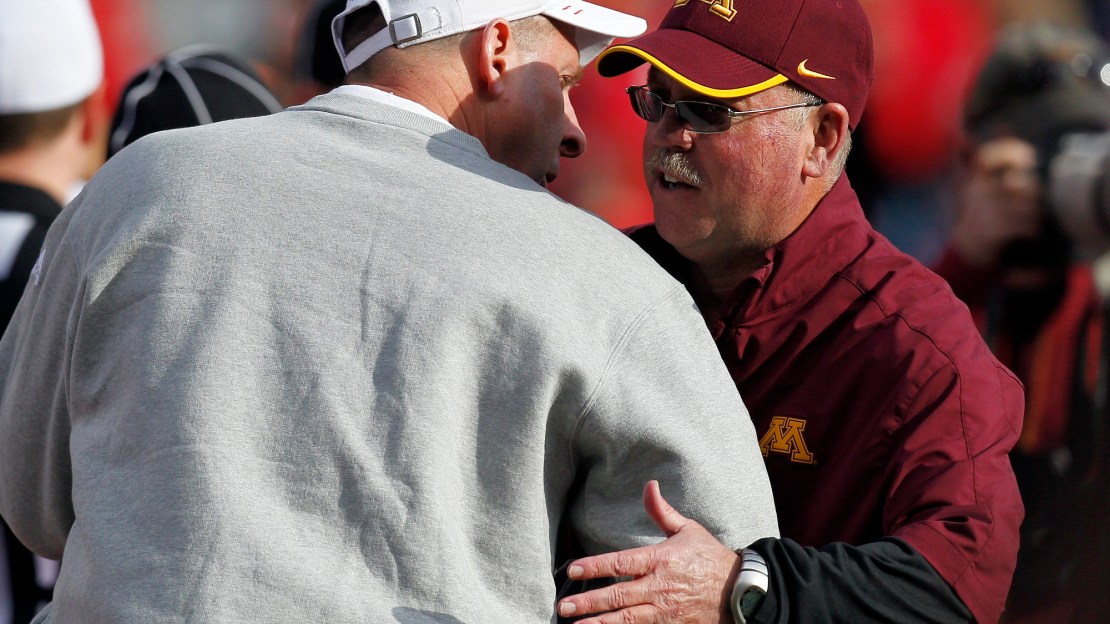 (AP) Without a game this week, Minnesota coach Jerry Kill has been at home following a seizure that kept him from traveling with the team for last Saturday's loss at Michigan.

This was the fifth game-day episode Kill endured in three seasons with the Gophers, and the fourth that caused him to miss at least a portion of a game. But University President Eric Kaler reiterated Tuesday his support for Kill and the coach's ability to handle the high-profile, high-pressure job while dealing with epilepsy.

Kaler, in a phone interview with The Associated Press, said he and athletic director Norwood Teague have not been considering another coach in light of Kill's latest absence.

"Where we are right now is hoping for and planning on Jerry getting better and being able to fulfill all of his duties," Kaler said. "We're not looking at a Plan B. We're looking at Jerry Kill being our head football coach. He's got a great, great staff. It's really just an unbelievable team, and when he's not able to be there because of a seizure, they have a terrific plan and they execute on that. So that's where we are."

Defensive coordinator Tracy Claeys filled in for Kill on the Big Ten coaches' call with reporters Tuesday. Claeys said there's no rush for Kill to return to work; the Gophers don't play again until Oct. 19 at Northwestern.

"He's doing good. He's continuing to get the rest he needs and work with the doctors to do the best they can to get the situation under control with his medicine," Claeys said. "They still believe they can do that."

Kill's latest seizure stemmed from a medication adjustment. Claeys said he's spoken daily with Kill on the phone but hasn't discussed a timetable for Kill coming back.