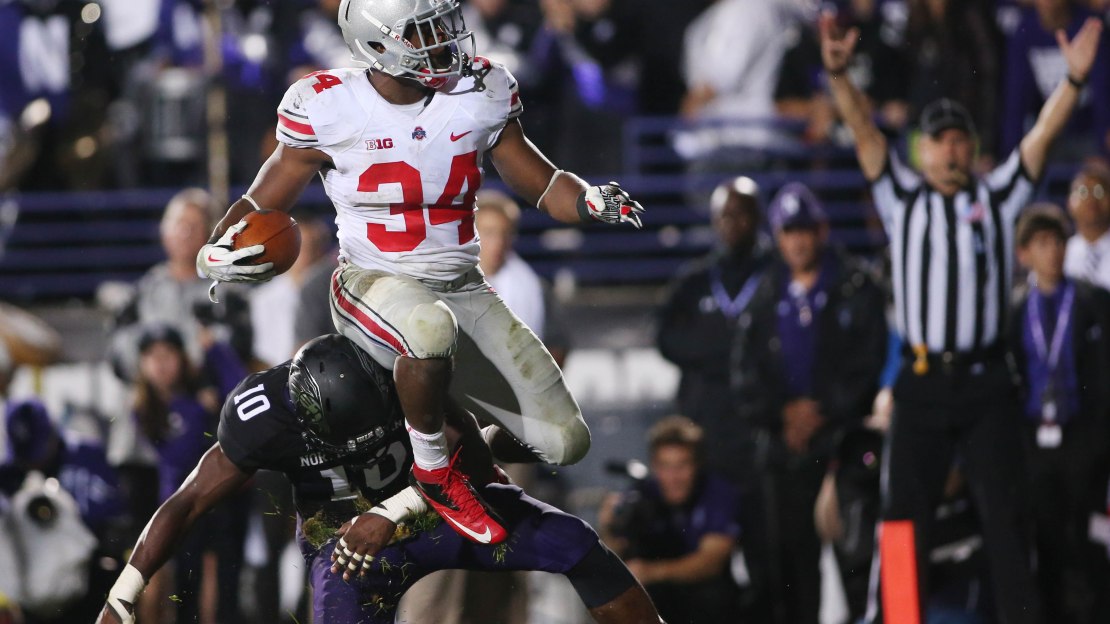 Well, that was a fun Week 6! No. 3 Ohio State's 40-30 comeback victory under the lights at No. 15 Northwestern highlighted the slate, but there also was Indiana's first-ever win over Penn State and much more. Catch up on all the Week 6 Big Ten action in this post.

Michigan 42, Minnesota 13 RECAP | BOX | PLAY-BY-PLAY
(AP) Michigan figured out a way to help Devin Gardner cut down on mistakes. Gardner didn't throw the ball until midway through the second quarter, and played his first turnover-free game since becoming a starting quarterback last year and it helped the 19th-ranked Wolverines pull away to rout Minnesota 42-13 on Saturday.

VIDEO: Who was the best "Devin" for Michigan today? Watch the highlights to judge for yourself – http://t.co/fA5ridU3wi

Michigan State 26, Iowa 14 RECAP | BOX | PLAY-BY-PLAY
(AP) Connor Cook threw for a career-high 277 yards and two touchdowns and Michigan State opened Big Ten play with a 26-14 win over Iowa on Saturday. Darqueze Dennard had a pair of interceptions for the Spartans (4-1, 1-0 Big Ten), who held the Hawkeyes (4-2, 1-1) scoreless in the second half.

Nebraska 39, Illinois 19 RECAP | BOX | PLAY-BY-PLAY
(AP) Ameer Abdullah ran for a career-high 225 yards and two touchdowns and Nebraska's maligned defense was much improved in a 39-19 victory over Illinois on Saturday. Tommy Armstrong, starting his second straight game in place of injured quarterback Taylor Martinez, led the Cornhuskers (4-1, 1-0 Big Ten) to touchdowns on his first three series and was solid throughout.