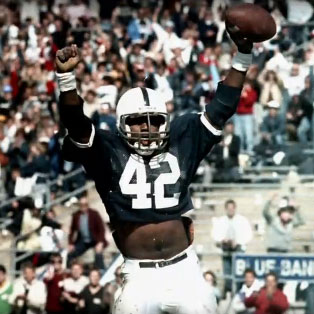 Penn State has one of the most storied football programs not only in the Big Ten, but throughout the entire country. On Saturday at 4 p.m. ET, "Big Ten Elite" profiles the 1986 Penn State national championship team. In this documentary program, we look back at all the unforgettable moments that led to the Nittany Lions' perfect 12-0 season.

The 1986 Penn State team was one of five Joe Paterno-coached teams to finish a season unbeaten. The show features interviews with Conlan, Bob White and Blair Thomas, among others.

Want to watch previous episodes of Big Ten Elite? It's easy. Make sure you have access to BTN2Go, then click on any of the links below to watch full programs about: