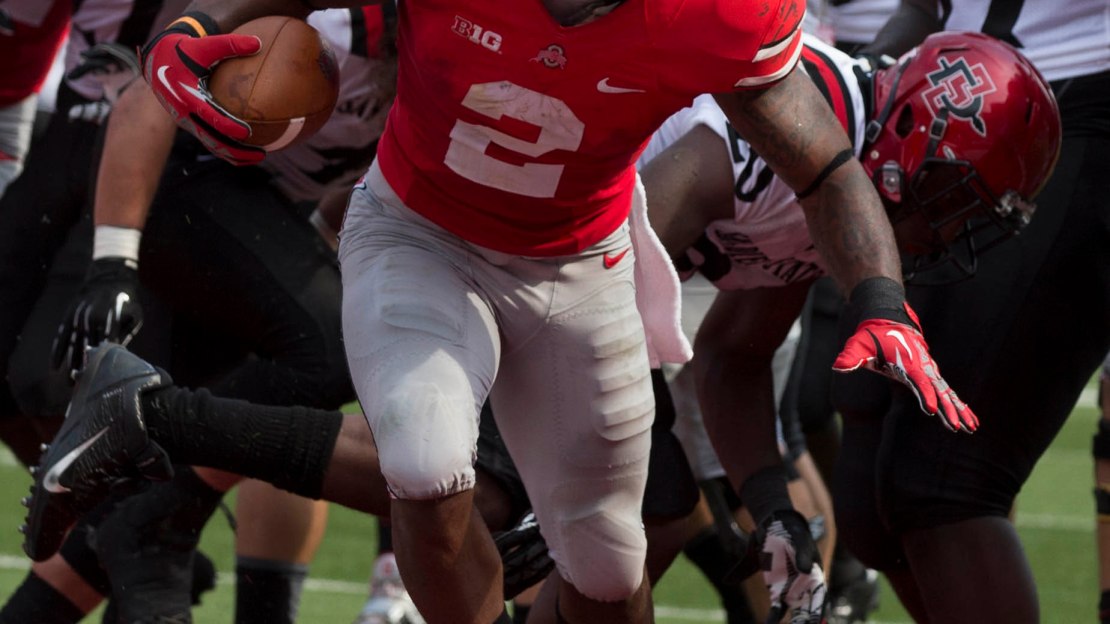 Happy Friday, Big Ten Nation! It?s great to be alive on the eve of game day Saturday. And, isn?t it good not to be one of those officials who worked last nights? Texas-Iowa State game? Let?s dig right into links. The great Jerry Palm of CBSSports.com has his first BCS rankings out, and Ohio State fans won?t be happy. The Buckeyes are-gulp-No. 6.

Meanwhile, with Michigan and Minnesota bracing for battle, did everybody see this analysis of Michigan quarterback Devin Gardner from Minnesota safety Cedric Thompson. ?I think he kind of, just, panics a lot,? Thompson told the St. Paul Pioneer Press "I think when he scrambles, he kind of just throws the ball, that's where a lot of his picks come. But then some of his picks come from tipped balls. It's tough for a quarterback to get unlucky with tipped balls."

Nick Baumgardner of Mlive.com says Gardner's eight interceptions this season are second-most among all Football Bowl Subdivision quarterbacks. And Gardner admitted he lost focus during a narrow win at UConn two weeks ago, and because of that, his footwork went adrift.

Boy, Gardner needs a big game this Saturday vs. Minnesota, doesn?t he?

A neat photo feature from HawkCentral.com that looks at the 10 top areas of improvement for Iowa in 2013.

Has Wisconsin athletic director Barry Alvarez been named to the coming playoff selection committee? He?s not saying. No doubt, Alvarez would be an impeccable choice.

Nice video here of Doug Lesmerises of Cleveland.com who thinks Ohio State may not get a boost in the polls even with a win at Northwestern on Saturday. Possibly, but so much will depend on how the teams ahead of Ohio State perform. But I think a lopsided Buckeye victory over NU may result in some bump in the polls.

If you listened to Urban Meyer?s radio show, you?ll know he thinks Braxton Miller?s fundamental development is off the charts and that Carlos Hyde is getting back into shape.

Meyer said Miller had the best week of preparation he's ever had while preparing for the Badgers, and the quarterback is having another good week as he is gearing up for the Wildcats. It's the second consecutive night game for Ohio State, and this could be considered the second leg of perhaps the Buckeyes' toughest two-game stretch of the season.

This team is rolling.

The great Mike Griffith of Mlive.com had a chat. And a question posed: Is MSU?s game at Iowa a must-win? I?m not sure if it?s a must-win for the Spartans. But they need to show some balance and life on offense in their Big Ten opener.

Speaking of the Spartans, their freshman tight end duo is critical to the moribund attack getting on track.

Redshirt freshman Jamal Lyles is one to watch, as he continues to impress after moving from defensive end earlier this season.

It?s official: Tommy Armstrong will start at quarterback for Nebraska vs. Illinois, as Taylor Martinez continues to deal with turf toe. Ron Kellogg also will play.

Armstrong started and Kellogg played in Nebraska?s last game, an easy win over South Dakota State. Each did well. And I expect each to do just fine vs. an Illinois defense that has some holes. But the Huskers need Martinez.

Two of the best in the business.

On Bill O?Brien?s radio show, he offered neat insight into how he works with quarterback Christian Hackenberg to determine which plays to call in a game.

?When you?ve coached for a long time and you call a play and looks like two or three guys are struggling with it you put a big line through it,? O?Brien said. ?Like tonight, Christian will put a red dot next to all the plays he loves and usually he?ll bring the sheet to me on Friday and the whole sheet is dotted. I?m like, ?Christian, there?s gotta be something on here you don?t like?? Matt McGloin did the same thing.?

Embarrassing job by the officials at Iowa State. Gift-wrapped a win for Texas there. The Wisconsin-Arizona State refs applaud.

My take: This is an incredible stat.

By my count Penn State is at 72 players on scholarship. There were 67 this summer then five guys were added before the Syracuse game.

My take: Scholarship numbers have gone up quicker than I anticipated.