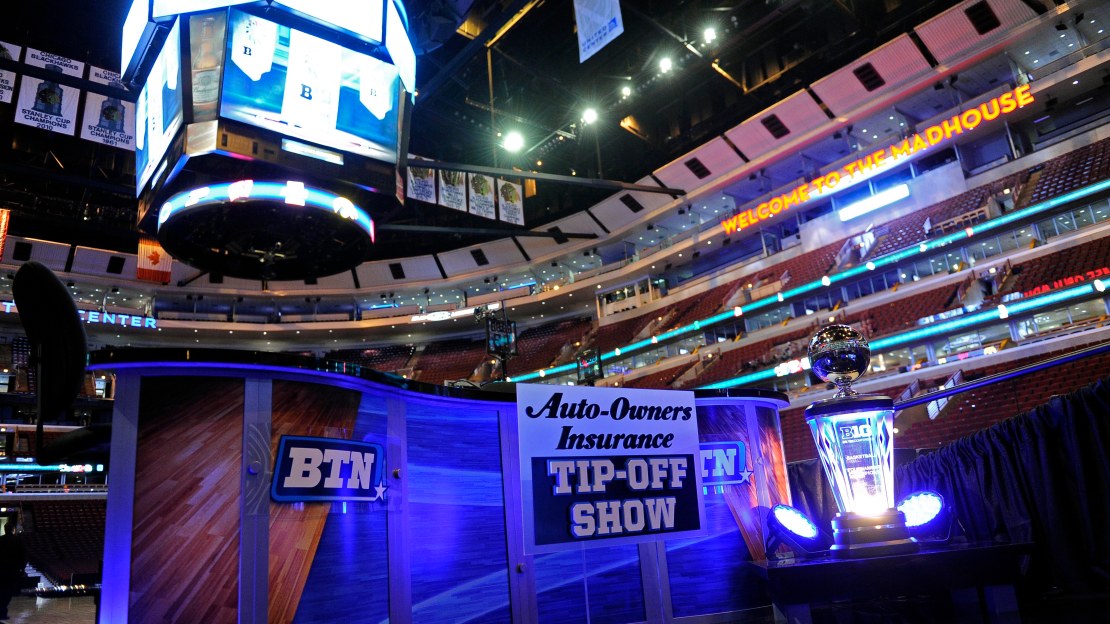 CHICAGO - BTN will be the fans? destination for high-quality hoops this season, with more than half of all Big Ten Conference matchups airing on the network, including nine straight weeks of doubleheaders on ?Super Wednesdays.?  In all, BTN will televise 67 men?s conference basketball matchups, including four Big Ten Tournament games and an additional number of non-conference games.

BTN also has added new talent to its men?s basketball roster. The network?s lead analysts, Jim Jackson and Shon Morris, are joined by Stephen Bardo, who played basketball at Illinois as a member of the ?Flyin? Illini? and previously served as an analyst for ESPN. Seth Davis, a studio host for CBS Sports and a contributing writer for Sports Illustrated, also joins the team, which includes returning analysts Mike Kelley and Greg Kelser.

With as many as six Big Ten teams included in 2013-14 preseason polls, BTN?s conference schedule will feature 42 appearances by a projected top-25 squads. Teams appearing in the current preseason rankings include Indiana, Iowa, Michigan, Michigan State, Ohio State and Wisconsin.

BTN?s ?Super Wednesday? lineup, sponsored by Buffalo Wild Wings, will feature key matchups all season long. In addition, the network will have games on Tuesdays and Thursdays, presented by Quicken Loans, and frequent doubleheaders on Saturdays and Sundays. Also built into the schedule are six wildcard dates late in the season as teams compete for the Big Ten title. The network will carry four tournament games, which includes two opening-round games on Thursday, March 13, and two quarterfinal games on Friday, March 14.

BTN?s schedule begins with several non-conference matchups of note, including a doubleheader on Friday, Nov. 8, when St. John?s takes on Wisconsin in Sioux Falls, S.D., in the first college basketball game to be played at Heritage Court at Sanford Sports Pentagon. Immediately following the Wisconsin game, Nebraska will host 2013 NCAA tournament sensation Florida Gulf Coast, the first game in the new Pinnacle Bank Arena. Other games of note in the non-conference schedule include three games featuring in-state rivals, Marquette at Wisconsin, Butler v. Purdue in Indianapolis and DePaul at Northwestern, as well as Princeton at Penn State, in the Nittany Lions? ?retro? return to Rec Hall, their home before Bryce Jordan Center.