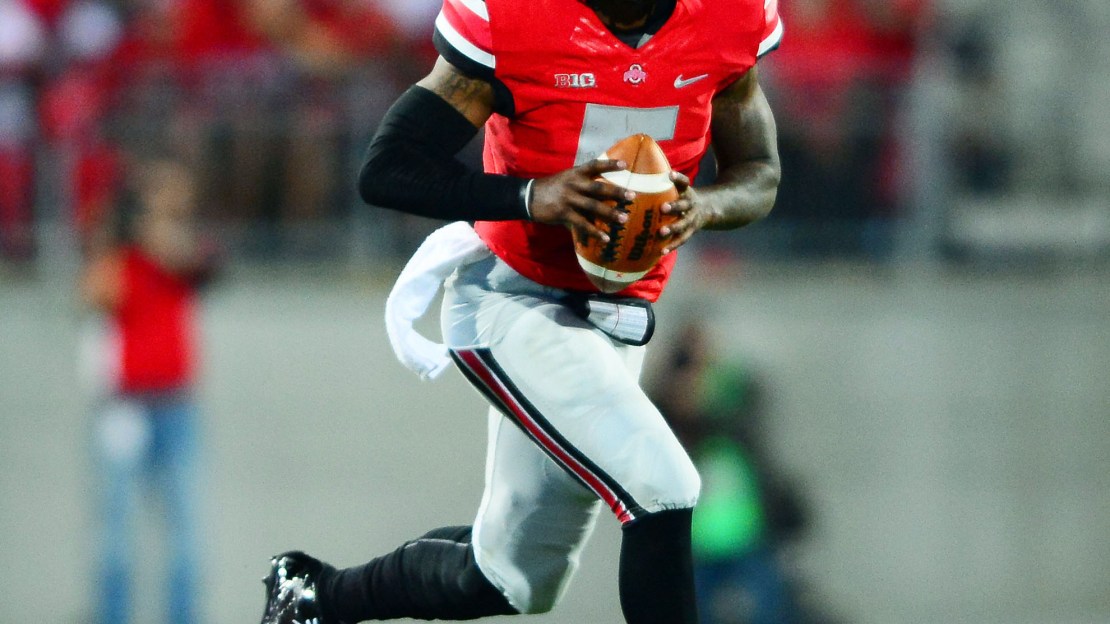 The streaking No. 3 Ohio State Buckeyes head to Evanston on Saturday night to battle No. 15 Northwestern in one of the biggest conference games of the year.

With Ohio State riding an FBS-high 17-game win streak and Northwestern 4-0 for the third time in the last four seasons, look for this matchup of unbeatens to come down to the Buckeyes' strong passing attack vs. the Wildcats' pass defense.

Between sensational quarterbacks Braxton Miller and Kenny Guiton, the Buckeyes? 19 touchdown passes lead the Big Ten and rank second in the FBS behind Oregon?s 21. Through five games, Ohio State already has more TD passes than it did all of last season (17).

No doubt, Ohio State?s passing attack poses a challenge for Northwestern, which ranks last in the Big Ten in pass yards allowed (307.5) and 11th in TD passes against (8).

After being sidelined for two games with a sprained knee and watching Guiton light up the scoreboard, Miller is back under center for the Buckeyes; and he's on pace for his most accurate season of his college career. He?s increased his completion percentage this season by 12 percentage points from his career average entering the 2013 season and has thrown just one interception in 49 pass attempts.

[ MORE: Dienhart: Is this the biggest game in Northwestern history? ]

But it?s been in play-action where Miller has gotten Ohio State in the end zone. Five of Miller?s six touchdown passes this season have been in play-action, including a career-high three last week in his return to the field in the Buckeyes? 31-24 win over Wisconsin.

Miller completed his first four attempts off play-action against the Badgers, including a 25-yard touchdown pass to Evan Spencer (Watch it) and a 26-yard scoring strike to Devin Smith (Watch it).

Despite Northwestern's aforementioned struggles against the pass, it has allowed just two touchdowns on play-action. Forcing turnovers in the air also has been a strength for the Wildcats, whose 10 interceptions lead the Big Ten and trail only Virginia Tech and Tennessee among FBS teams, with 11 each.

[ MORE: AP: No time celebrate: Buckeyes to be tested again ]

With Miller in the game, he gives Ohio State an added strength passing the ball off the run-fake. Only 31 percent of Guiton?s Big Ten-high 13 touchdown passes have come in play-action, compared to Miller?s 83 percent this season.

Despite this primetime matchup of two of the Big Ten?s three remaining unbeaten teams, history is on the Buckeyes? side. Ohio State has won the last four and 28 of the last 29 meetings.