Dienhart: Is this the biggest game in NU history? 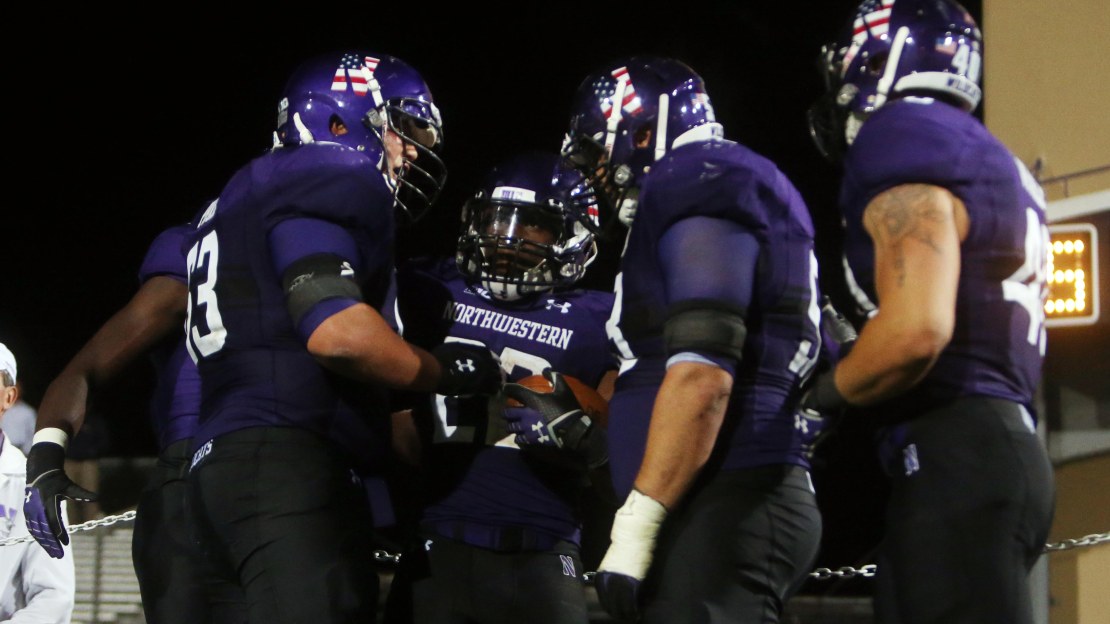 The excitement seemingly has been building since the spring for Saturday?s Ohio State at Northwestern game. Oh, who am I kidding? The buildup actually began the moment last season ended.

Every Big Ten watcher circled October 5 on their calendar, anticipating the Buckeyes? trip to Northwestern in what could be a preview of the Big Ten championship game.

The excitement seems to build with each passing day for a tilt that will be played in prime time on national television along the banks of Lake Michigan. It?s No. 3 Ohio State, winners of a national-best 17 games in a row, vs. No. 15 Northwestern, which is 14-3 in its last 17 games.

That has made many wonder: Is this the biggest Northwestern game in, well, ever?

I think it is.

First, it?s important to remember that NU was college football?s punching bag for about a quarter century before becoming relevant in the 1995 season, when Gary Barnett took the ?Purple to Pasadena? behind the spirited play of try-hard linebacker Pat Fitzgerald.

There were some big games for Northwestern in the black-and-white era. And No. 21 NU?s wild 54-51 win over No. 12 Michigan during the march to the 2000 Big Ten crown was a big one. But none seemingly can compare to some of the stages the Wildcats have played on from 1995 to date, given the scrutiny, focus and intensity of modern-day football and its massive stakes.

In fact, it was in 1995 when Northwestern last played in a game that can come close to matching the magnitude of this Saturday?s clash with OSU.

No doubt, the jaw-dropping 17-15 season-opening win at No. 9 Notre Dame on September 2, 1995, was big. That was the proverbial big bang that set all of this in motion, and it?s why we are standing here salivating and hyperventilating over this Buckeye-Wildcat affair. But the contest under the Golden Dome lacked hype because, well, everyone in the free world thought the Fighting Irish would rout the Wildcats.

No, to find the biggest game before this Saturday?s coming contest, you have to dig deeper into the 1995 season.

It was November 4, when Penn State came to Evanston and an ABC national TV audience tuned in to watch this purple peculiarity.

The Nittany Lions were ranked No. 12. Northwestern was No. 6. By the time of this meeting, America had fallen in love with the Wildcats. This was more than a football story. This was a human interest story, a living and breathing fairytale come to life about a long-suffering sad sack that was transforming from a big loser into a real-life success story we all wanted to hug and celebrate.

How bad had it gotten? From 1979-82, NU had lost a national record 34 games in a row, which made the Wildcats? rise from the ashes all that much more incredible.

The Wildcats entered the game 7-1 overall and 6-0 in the Big Ten. And NU delivered a 21-10 win. The victory was NU?s seventh in a row, the school?s longest winning skein since 1936. But more vital: The victory meant the Wildcats remained in contention for their first Rose Bowl berth since the 1948 season.

The next week, NU running back Darnell Autry was on the cover of Sports Illustrated with the words ?The Real Deal? blazed across the image.

The win over Penn State and iconic coach Joe Paterno served as final validation for Northwestern. Work remained, with a visit from Iowa and trip to Purdue left. But there was no way the Wildcats were losing to either of those teams-and they didn?t, taking 31-20 and 23-8 wins.

In 1995, the Wildcats went on to win the Big Ten for the first time in 59 years and went to the Rose Bowl. It was the stuff of Hollywood, a celluloid dream that the 2013 Wildcats hope to repeat. And it all starts Saturday night.

There's simply no downplaying this game. It's huge, for both teams, and everyone knows it. You'll be able to tell by the lines at Mustard?s Last Stand near Ryan Field.

"We're playing a team that's undefeated since Coach [Urban] Meyer has been there," Northwestern coach Pat Fitzgerald said. "[They're] very well-coached, got great talent, they execute [and] make explosive plays.