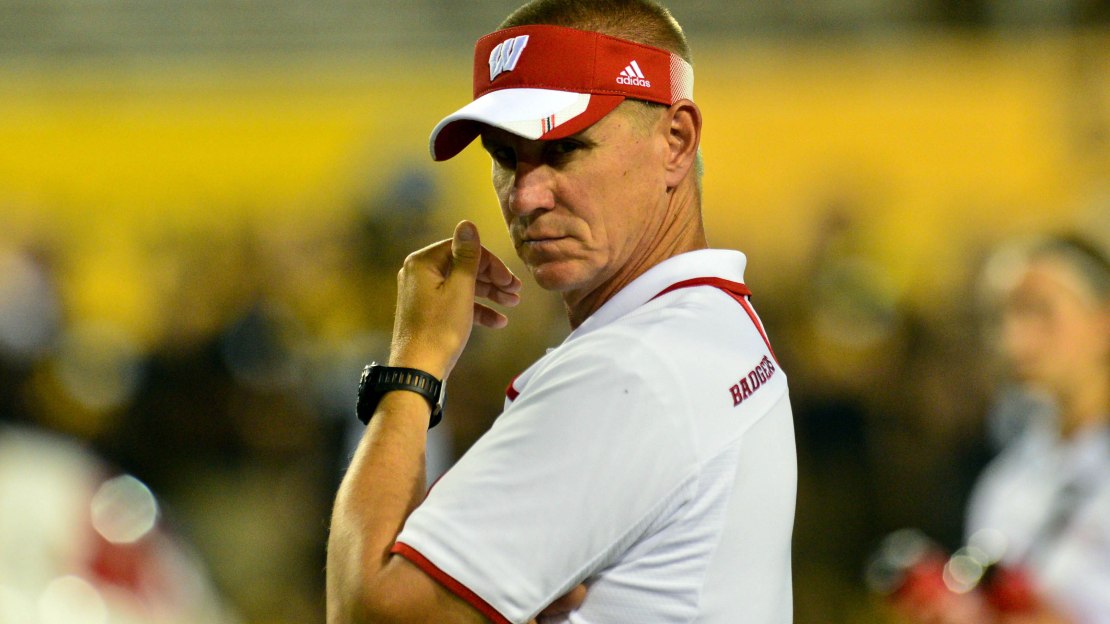 Breathe in. Breathe out. Smell that? It?s football. Beautiful, isn?t it? We are one day closer to the big Wisconsin at Ohio State game. This game will have big implications on many fronts: the Leaders Division, the Big Ten race and the national title chase. Having gone to the last three Rose Bowls, the Badgers have what the Buckeyes want: Big Ten supremacy. Let's start Friday's links with this: Jeff Potrykus of the Milwaukee Journal Sentinel wonders if the Badger defense has what it takes to slow the Buckeyes.

No doubt, it does. But the Wisconsin defense will be challenged. I think the front seven has a shot for success. In fact, this is one of the best front sevens in the Big Ten. Still, it doesn?t look like many analysts have faith in the Badgers? ability to win in Columbus for the first time since 2004.

Bob Flounders of Pennlive.com has three things he likes about Penn State, and three things that can be improved.

At the top of the list of things to like: The development of Christian Hackenberg. No brainer, right? The biggest thing to fix-in my mind–is tightening a defense that looked bad in that Central Florida loss.

Michigan offensive coordinator Al Borges says everything that has gone wrong can be fixed.

"Our quarterback's a very talented kid who has to grow in the position a little bit, he's still learning as he goes,? Borges said.

"There's so many things, it's never one guy. Everybody wants to pin it on the quarterback. But we've had more than 100 yards in rushing called back on penalties, that's got to stop. ? We're putting ourselves in so many bad down and distances at times, (it's tough to get out of)."

Good stuff here from the Wolverine.com on Michigan, including real and imagined areas of concern. As the piece points out, the defensive line is an issue. How many times in the last month have I typed that? My guess: If the d-line isn?t playing a high level now, it probably won?t all season.

The gang at Inside Northwestern had a debate on who is the best team in the Legends Division.

Joel Hale isn?t a big name on Ohio State?s defense. But he has emerged as a leader. Nice story here by Bill Rabinowitz of the Columbus Dispatch on the unsung trench dweller.

Rabinowitz says the Buckeyes have counted on Hale to emerge as a stout force against the run and a leader on a defensive line replacing that has four new starters. Nice job by a guy who has little hype compared to some of his teammates up front.

Nice, fun piece by Andrew Logue of the Des Moines Register, as he plays a bit of word association with each Big Ten team.

His word to describe Iowa? Evolving. My word on that: perfect.

With Taylor Martinez out with a toe injury last week, Tommy Armstrong got some time at quarterback. And, it was easy to see why so many fans have been excited about his skills and possibilities.

Look who wants out of a two-game series in 2016-17 with Michigan State: Alabama. Apparently, Bama has concern about the uncertainty of the future SEC schedule. Could the league be moving toward a nine-game league slate?

Very disappointed to hear about the demise of the EA Sports College Football game. Could see it coming, but it still stings.

I?m not sure where all of this will end. But my guess: The massive universities and their lawyers will prevail.

OSU will also hand out 70,000 pom-poms at the game Saturday.

The Horseshoe is gonna look like a SEC venue!

Dantonio on the trick play at Notre Dame: "I've called a couple good ones … so I get a get out of jail free card."

OK, but just this once.

Took less than 20 min for our first "when will Gardner be pulled?" question in the live chat.

Surprised it took that long.