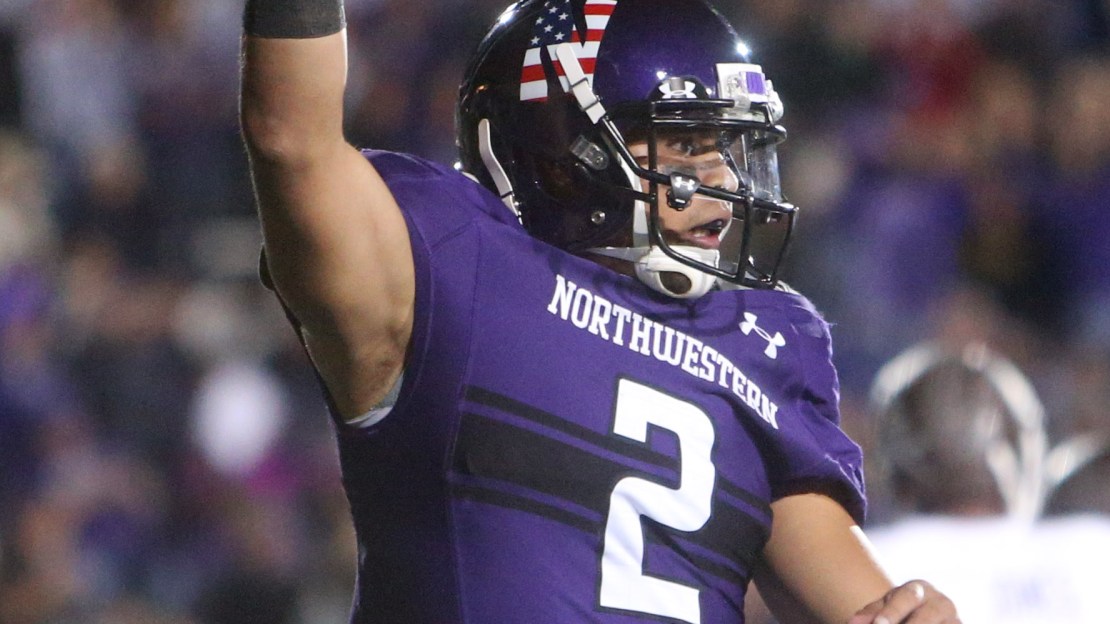 Kain Colter and the Northwestern football team have a bye week before their much-anticipated Big Ten showdown with Ohio State on Oct. 5. However, the senior quarterback is making some of his own national news during the team's off week.

Colter is one of several college football players who initialed the letters "A.P.U." on various game clothing and equipment items this past weekend. The three letters stand for "All Players United," which is an effort to raise awareness about important issues that college football players deal with, such as proper funding for medical bills related to playing injuries.

Why is this such a pressing topic?

Well, because Colter did not ask Northwestern head coach Pat Fitzgerald permission to go ahead and wear the "A.P.U." initials on his clothing prior to the game.

"We should have the right to voice our opinions, and I feel like we're educated and articulate enough to voice our concerns and how we feel it needs be addressed."

Colter spoke about the meaning of "A.P.U." earlier today, and also took to twitter about it as well.

This is what APU wants to change…SI?s Oklahoma State findings: What it all means « http://t.co/D9VR7b1iK9 – http://t.co/y2RFnQSEAQ