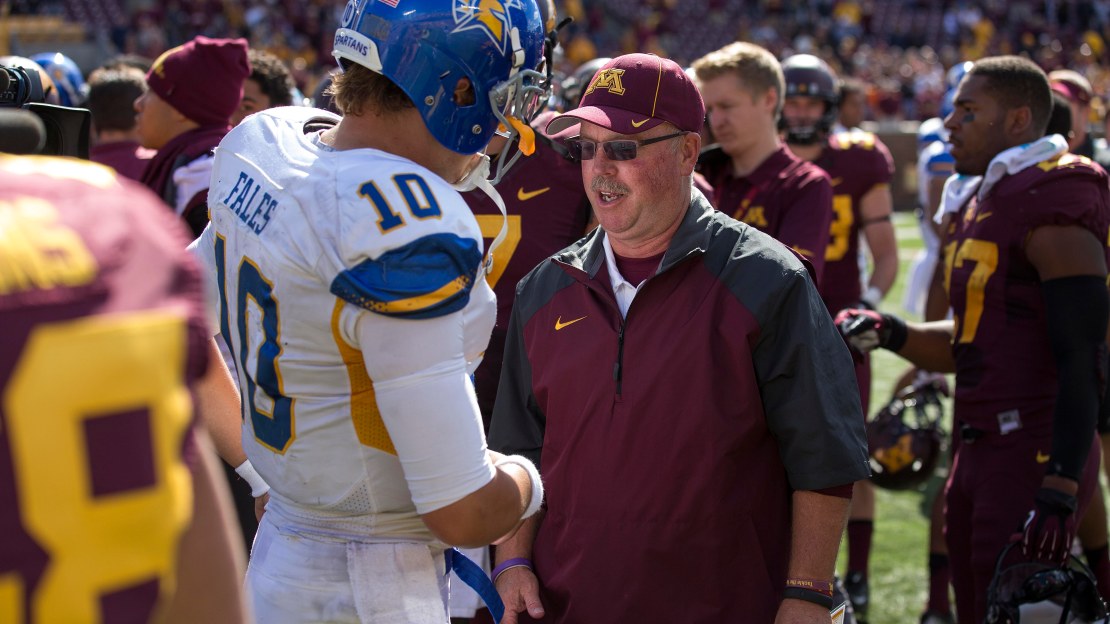 Heeeeee?sssss baaaaccckkk! Ohio State superman Braxton Miller has been cleared to play Saturday vs. Wisconsin. If he practices well this week, he?ll start, says Urban Meyer. Miller?s timing is great, as Ohio State has a big game vs. Wisconsin on Saturday in Columbus. Miller has missed the last two-plus games with a MCL injury to his left knee. In fact, he?s played just one series in the last three games.

Urban Meyer said Miller is about 90 percent after a Sunday practice. Hey, that?s good enough for one of the nation?s most wondrous athletes. And it sounds like there?s a chance Meyer could play Miller and Kenny Guiton at the same time.

Interesting. But, rust has to be a potential issue for Miller. And Guiton really seemed to have something going with this offense. Will a nice chemistry be disrupted with Miller back? I can?t believe I just typed that.

Saturday can?t get here quickly enough: We wanna see Wisconsin play at Ohio State. Well, until then, Jeff Potrykus of the Milwaukee Journal Sentinel looks at some memorable past Badger-Buckeye clashes.

Who can forget Wisconsin?s 31-18 victory in 2010 knocked the Buckeyes from the No. 1 spot in the polls and ruined their national title hopes? Epic.

Yes, Nebraska beat South Dakota State. But, hand-wringing continues about the Husker defense.  Sam McKewon of Omaha.com has an idea for the Blackshirt defense: Blitz. It may be the unit?s best chance.

McKewon writes that ?the Huskers' front seven sometimes looks confused in the chaos, but if you point that chaos toward the quarterback - like NU did in sacking SDSU's Austin Sumner five times - maybe the quarterback blinks. In fact, I suspect most of the Big Ten quarterbacks would.?

Improvement is needed, indeed, especially when you consider this written by Dirk Chatelain of Omaha, who says Bo Pelini?s last six games from a defensive standpoint arguably are worse than Kevin Cosgrove?s last six games. The Huskers have allowed an average of 514 yards the past six games, dating back to last year?s Big Ten championship game. Nebraska allowed 512 yards the last six games of the 2007 season. And, as Chatelain points out, the offenses Cosgrove faced were a little more talented than South Dakota State and Wyoming.

Michigan is off this week. Good, because it needs to work on its turnover problem.

Check this out: Since Brady Hoke took over the program in 2011, he's coached 30 games. Michigan is 23-7 during that time. Also during that span, the Wolverines have lost 61 turnovers. That?s a little more than two per game.

With the latest quarterback change-Connor Cook was lifted late at Notre Dame for Andrew Maxwell-have the Michigan State coaches lost the trust of fans?

Shawn Windsor of the Detroit Free Press says it?s a shame Mark Dantonio?s inner conservative overruled his inner gambler. Inserting Maxwell was the safe bet. Sticking with the younger, more nimble Cook was the bold play. In a moment that begged for decisiveness, Dantonio balked, and that is surprising, considering he built his program on it.

Andrew Logue of the Des Moines Register says the time is now for the Hawkeyes to win back fans.

But, alas, some Iowa fans still harbor a wait-and-see attitude. After all, the Hawkeyes have beaten only Iowa State, Missouri State and Western Michigan.

Who are some passing options for Penn State aside from Allen Robinson at Penn State?

Bob Flounders of Pennlive.com says Robinson is a terrific No. 1 option in the passing game. But who is the true No. 2 option? Or maybe the better question is, who should be No. 2? Wideout Brandon Moseby-Felder is second on the team in catches (16) and yards (135) but 8.4 yards per reception isn't going to scare any Big Ten defensive coordinators. As the season moves forward, it will be interesting to see if tight end Jesse James (9 catches, 106 yards) or big-play wideout Eugene Lewis (3-67, TD) emerge.

Yes, Northwestern is 4-0. But, it has some issues.

Dwight White is a liability at a corner spot. The defense has issues stopping runs up the middle. Scrambling quarterbacks remain an issue for this defense, too, and Kain Colter is more turnover-prone. Still, I love this team. Can?t wait for Ohio State?s visit on Oct. 5.

Jerry Kill is the lowest-paid coach in the Big Ten. But Minnesota A.D. Norwood Teague says he won?t address Kill?s salary until after the season.

Everyone (coaches and players) agrees: Mike Bellamy is doing a heck of a job coaching #Illini receivers. Catching and blocking. #dechr

My take: Nice hire by Tim Beckman in the offseason, when Illinois did a great job overhauling its staff.

My take: With all those stud wideouts, I thought Nebraska would pass a bit more.

My take: This is a scary thought.

#Badgers coach G. Andersen says game vs. Buckeyes is NOT a division championship game. Too many other good teams.

My take: That says it all.

We've heard of "Statement Wins.'' Is it possible to have a "Statement Loss?" If so, what was #MichiganState statement in loss to Notre Dame?

My take: That its offense has made little if any progress.

Huskies aim for history against Purdue. RT @HuskieWire: No MAC team has ever beaten two Big Ten teams in one season, let alone on the road.

My take: I like Northern Illinois? chances. Could the Huskies win the Legends Division? Hmmm.

My take: Is that all?