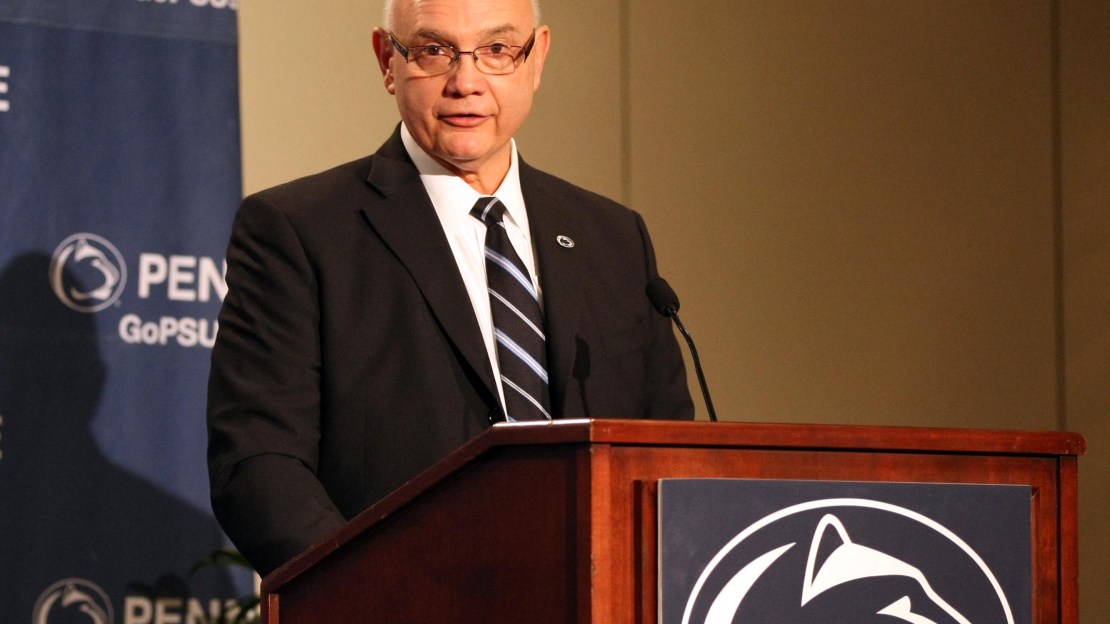 The NCAA has taken a lot of criticism of late, and rightly so, with the Miami (Fla.) case feeding the fury of NCAA critics who howl for reform or the organization?s outright banishment.

But news that the overlords of collegiate athletics gradually will restore scholarships for Penn State is a good move that should quell some NCAA critics. Look, the NCAA isn?t totally uncompromising. It has a conscience. It can backtrack. It has perspective.

Still, others will take a dim view of this news, thinking the NCAA should have held its ground on these punitive penalties vs. Penn State.

Me? I think the NCAA made the correct call.

When the NCAA meted out punishment in the Summer of 2012 following the Jerry Sandusky scandal, Penn State was hit with the reduction in the maximum allowance of scholarships offered from 25 to 15 a year for the next four years.

Yes, the NCAA also hit Penn State with a $60 million fine, with the money going to an endowment to benefit the welfare of children. And there also was a four-year ban on postseason play, including the Big Ten title game. Plus, Joe Paterno had myriad wins stripped from his resume.

Still, all of those paled compared to the scholarship cuts. In fact, the severe scholarship reduction had some crying that Penn State would have been better off getting the Death Penalty.

Some felt the NCAA rushed to judgment. This was an unprecedented case that the NCAA felt required unprecedented action, some argued. Forget due process. Penn State must be punished now. And very severely. But, were the sanctions too harsh? Did the penalties fit the crimes?

Many felt Penn State was trampled by the NCAA?s rush to show ?it meant business? in the new world order of NCAA prez Mark Emmert. Pundits for and against the harshness of the sanctions debated the merits and sense of the NCAA penalties with passion, with both sides making cogent arguments.

Meanwhile, new Penn State coach Bill O?Brien was left to deal with the reality of a truncated roster and possible bleak future. Penn State would be compromised competitively. In essence, the Nittany Lions would be playing with a FCS roster. Heck, they are this fall, as scholarship numbers are in the mid-60s. (FCS schools get 65 scholarship/FBS get 85.)

But beginning in 2014-15, five additional scholarships will be restored to Penn State. This amount will continue to increase. Again, this is huge for O?Brien and his program moving forward.

O?Brien already has defied odds, taking Penn State to an 8-4 record-8-2 finish after an 0-2 start–last season under trying circumstances. And he has the Nittany Lions off to a 3-1 start in 2013 behind true freshman quarterback Christian Hackenberg. Another 8-4 mark is very possible.

In addition to still winning despite the hurdles, O?Brien also still has been able to recruit at a high level. This year, the Nittany Lions have 12 commitments, according to Scout.com, and rank No. 4 in the Big Ten and No. 30 in the nation.

Last February, Penn State had the No. 7 class in the Big Ten (No. 46 in the nation) despite having only 17 signees.

Now, imagine what O?Brien and staff will be able to do with a growing complement of scholarships? Exciting, isn?t it?

This decision by the NCAA also may secure O'Brien's presence in State College for the long haul. Depending on who you ask, O'Brien may or may not have been a target for NFL coaching jobs of late. But now, knowing the lifting will be appreciable lighter, O'Brien should be inclined to stay and see what he can build at Penn State.

If Penn State?s compliance continues to excel, the NCAA may consider additional mitigation of the postseason ban in the future. That?s all well and good-and I expect that to happen-but news of the scholarship increase is what matters most. Players are the heart of a program.

The Big Ten also is a winner. The league can?t truly be a great on the gridiron without Penn State being a strong program, along with Ohio State, Nebraska and Michigan. Heck, college football also benefits from the Nittany Lions being strong.

Penn State has and still will be punished for the Sandusky scandal. And rightly so. We never should forget the victims. But this move by the NCAA seems more in line with what the organization should have done back in the Summer of 2012. But, it?s better late than never.