Monday's links: Looking ahead to Badgers at Buckeyes 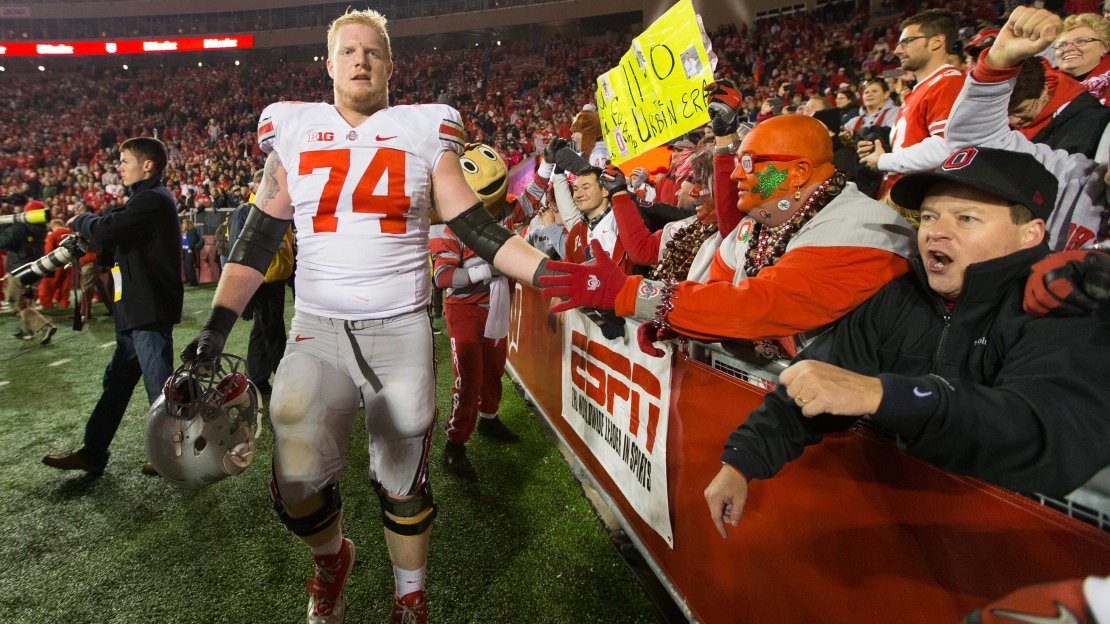 Let the hype begin on this week?s Wisconsin at Ohio State game! It?s a massive showdown in the Leaders Division. In fact, let?s go ahead and call it what it is, OK? A de facto Leaders Division championship game. That?s correct: The winner of this game almost assuredly will win the division and advance to the Big Ten title game to play who knows who?

From Wisconsin?s perspective, we all know the Badgers can run. But it will need to pass better if Wisconsin wants to leave Columbus with a victory.

For Ohio State, if Braxton Miller is over a knee injury, Urban Meyer says he?s the man at quarterback. But Kenny Guiton will still have a role.

This is gonna be interesting.

Michigan is 4-0, but worries persist about an offense that?s struggling. The line-yes, even Taylor Lewan–is having issues getting a consistent push and quarterback Devin Gardner is becoming a turnover machine.

Nick Baumgardner of Mlive.com notes that at UConn, Graham Glasgow, Jack Miller and Kyle Kalis weren't great inside up front at guard, center and guard, respectively. And the tackles weren't much better. Lewan was beaten around the edge on a sack, and he was even flagged for a holding call that wiped out a big run in the second half.

If Steve Sipple of the Lincoln Journal-Star says it, it must be true. And he says Nebraska?s defense lacks forceful leaders and a ?killer? mentality.

After a strong effort by Mitch Leidner, who started in place of injured Philip Nelson last week, Minnesota now has a good problem at quarterback. Watch and listen to Minneapolis Star Tribune writer Joe Christensen discuss it.

The legendary Sid Hartman says the 4-0 start by the Gophers has brought optimism. Yes, it has.

Just in time, with Iowa coming next week for the battle of Floyd of Rosedale. Hartman says you would have to go back to when Glen Mason was coach to find a time when the state will be as excited about a Gophers football game as it will be for the home contest with Iowa. The game is a sellout.

On the subject of the Gophers, Jerry Kill doesn?t expect Philip Nelson (hamstring) or Donnell Kirkwood (ankle) to start Saturday vs. Iowa as they recover from injury. No worries, as Mitch Leidner looks solid at quarterback David Cobb has emerged as the top runner.

After a shaky effort by the offense in the loss at Notre Dame, the same old ugly questions persist about the Michigan State attack.

If this season goes sideways, many will point to a trick play gone bad vs. ND as a possible turning point. Mike Griffith of Mlive.com says MSU quarterback Connor Cook finally appeared to have his offense in a rhythm when a play call came in that caught many by surprise: a pitch pass for R.J. Shelton to throw the ball down the field on first-and-10 from Michigan State's 47-yard line with the score tied 10-10 and the Spartans' offensive line beginning to dominate the game. Shelton threw into double coverage, the Irish intercepted the ball and returned it to their own 48 before another 15 yards was tacked on for a late hit. Notre Dame scored what proved to be the game-winning touchdown on the next drive en route to the victory over Michigan State.

Just keep all of that in the back of your mind.

But why not enjoy the 3-1 start? Too much gloom has hung over Iowa City since last year?s 4-8 finish. The Hawkeyes have some mojo with a trip to Minnesota coming to up. Suddenly, Iowa has some nice possibilities.

Yes, true freshman quarterback Christian Hackenberg is good. But he doesn?t have to do it all with three nice running backs behind him.

At this time last year, Bill O?Brien didn?t really know what he had a running back. Well, now he does, with Zach Zwinak, Bill Belton and Akeel Lynch. It?s a nice situation for one of the league?s top offenses.

Tim Beck, on paring down offense: "We could repeat reps (in practice)…Instead of running 10 plays five times, it was five plays 10 times."

My take: Brilliant. Just keep things simple. Football isn?t a complicated game. But those who coach it try to make it so.

Michigan's 4-0 record should rightfully be scrutinized, both internally and externally.

My take: Oh, it?ll be torn apart over the next two weeks with the Wolverines on a bye.

Dantonio again defends his decision to put Maxwell on the final series. Says there is no conflict with Connor Cook

My take: I don?t know. It certainly isn?t a vote of confidence for a QB to be pulled for the last drive and then told he?s still ?the guy.?

How much will #Badgers need Pedersen this week? He had 6 catches for 66 yards + 1 TD in OT loss to OSU last season.

My take: Key, key. Badgers will have to pass to win.