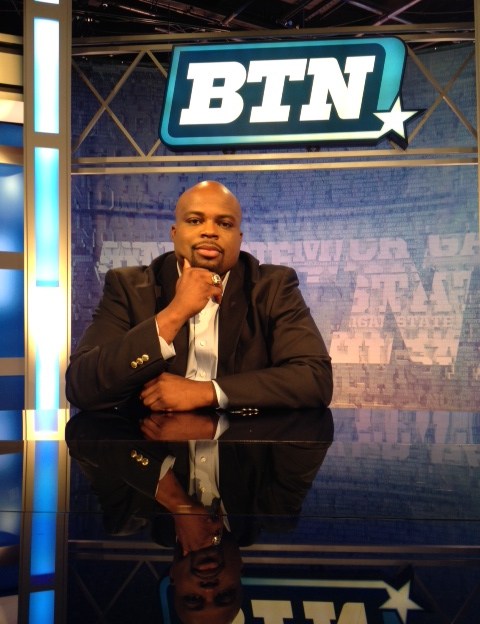 The 1997 Michigan Wolverines will always be remembered as one of the most dominant teams in college football history. But, often people forget that the Wolverines actually shared the National Title with Nebraska that year.

While Michigan finished the season atop the AP Poll with a perfect 12-0 record and a Rose Bowl win over Washington State, it was the Cornhuskers who also finished that year unbeaten, earning the top spot in the Coaches' Poll after a win over Peyton Manning and Tennessee in the Orange Bowl.

So, we ask, what would have happened if those two teams had played each other to determine one undisputed National Champion?

We asked our twitter followers to submit their burning Big Ten football questions to former Michigan standout Marcus Ray, and he provided that answer and more in this week's edition of three-and-out.

Marcus Ray: No. I always want to see these two programs play each other. When you're talking about football and rivalries, these are two of the winningest programs in college football history. They need to play each other if they possibly can. Michigan has been around for 134 years, they've only played Notre Dame 40 or 41 times, so of course this isn't an annual game. But Notre Dame has a brand they want to protect. Notre Dame has a name, they have a following, they have a great program. It's not like you're asking Michigan to schedule a cupcake team. Were talking about Notre Dame. In fact, it hurts me to see Michigan not play Notre Dame. That's one of the games that made me love Michigan and want to play for Michigan.

@BigTenNetwork how bad do you think the #Huskers would have beaten you if you would have been able to play them in a championship game? #GBR

Marcus Ray: My ring says National Champions. We were the best team in the country. We had more than 30 guys play in the NFL. Charles Woodson is the best defensive player ever in the history of college football. It would have been a good game to start. They would have run the option on us. But remember, we would have had six or seven weeks to prepare for them. They weren't as tough as us. Our defense was No. 1 in total defense that season. We would have stopped their run and made their quarterback beat us with his arm.

@BigTenNetwork What all does Michigan need to do to get back to the level they were playing at in 1997?

Marcus Ray: They need to recruit better players. They have been doing that as of late, but they're just young. Michigan has a lot of toughness and talent, but that talent is all youth. When you watch this team play, you don't get a sense of supremacy quite yet. It's coming though. But remember, they haven't won a conference championship in nine years. That's almost unheard of for Michigan.  So, to get better, they have to beat their rivals, they have to win the Big Ten Championship and they need to continue to bring in better players. When I was there, our defense was mean and they were nasty. This group needs to play mean and nasty. Defend your house, wear the wing helmet the way it's supposed to be worn, and go out there and get it done.

Come back next Thursday and tweet us your top B1G questions @BigTenNetwork and @BTNSean.

*** BTN Football Saturday begins at 11 AM ET with the BTN Football Pregame Show presented by Auto-Owners Insurance and ends with highlights and analysis on The Final Drive at midnight ET. Find the complete Big Ten football schedule here (all times ET).