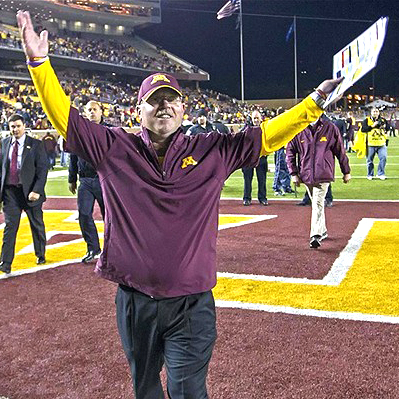 (AP) Minnesota coach Jerry Kill has returned to work, and his boss says he still has full confidence in Kill's ability to do the job despite another public seizure. Kill had to leave Saturday's game at halftime because of his latest episode, the fourth on a game day in three years with the Gophers. After a precautionary hospital visit, Kill returned home that afternoon.

Athletic director Norwood Teague said Monday that he had not discussed with Kill a worst-case scenario in which his epilepsy would be too much to manage while trying to run a winning team.

The seizures can occur without warning, but Kill has taken several steps toward living more effectively with his condition, including changes in diet and exercise.