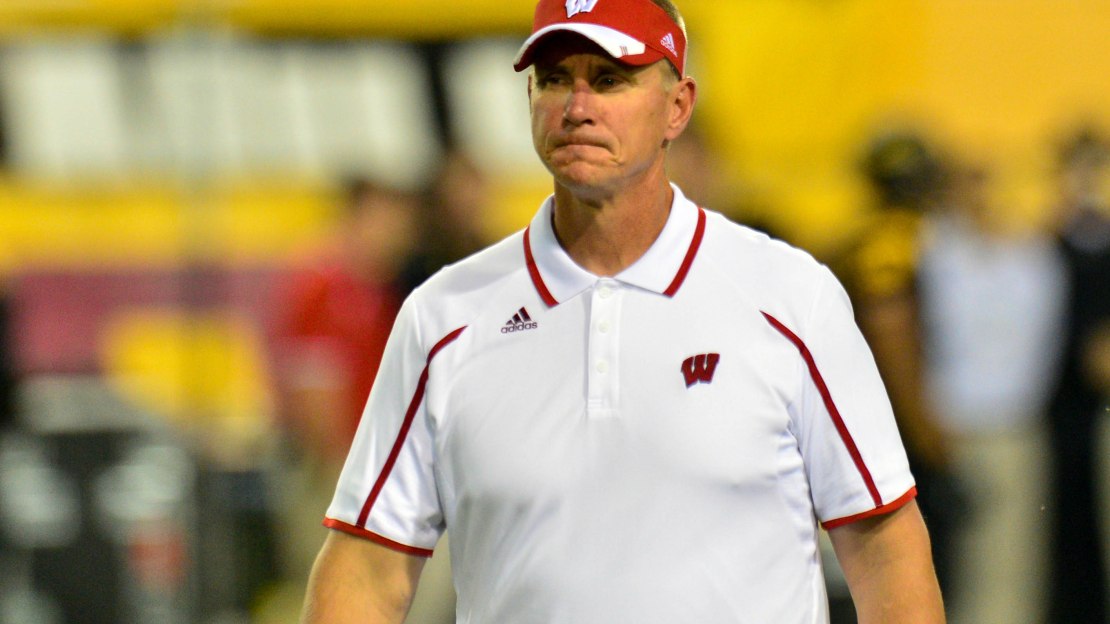 For Wisconsin, it's a case of too little, too late. But the Pac-12 admitted Monday that its league officials didn't "properly administer the end of game situation and act with appropriate urgency on the game's final play" during Arizona State's 32-30 win on Saturday night in Tempe, Ariz.

It was one of the most bizarre conclusions to a game I ever witnessed. To recap: With 18 seconds left in the contest, Wisconsin quarterback Joel Stave ran the ball toward the center of the field to set up a potential game-winning field goal from about 32 yards out.

At the conclusion of the play, Stave touched his knee to the ground and then placed the ball on the turf.

The Pac-12 says in its release that "there was initial uncertainty over whether the quarterback had taken a knee, given himself up or fumbled the ball. As a result, several Arizona State players considered the ball live and a fumble, and attempted to recover the ball."

This is where I have to place some blame at Stave's feet. If he would have handed the ball to an official after downing it, the ASU player likely would not have dived on the ball. With an obvious conclusion to the play, the ball likely would have been spotted promptly by an official, the teams lined up and a play (a spike) run by Wisconsin, leaving time for a field-goal attempt.

Instead, the Pac-12 release states, "neither the referee nor anyone on his crew moved with appropriate urgency to clearly communicate that the ball was to be spotted so play could resume promptly."

This is clearly a lack of leadership by the officiating crew. Someone has to take charge. And, if there is confusion among the officials-and there was, as the Pac-12 release states that there was "initial uncertainty"–the leader of the crew has to stop play, huddle his officials and figure out what's going on.

Get the play/call correct. That's what matters most.

Time and again, we see crews stop action during a game to discuss matters-or wait on a booth review concerning a call. In this instance, why wasn't a similar protocol followed? The officials had to know something didn't feel correct with how the game concluded. No matter, the officials bolted off the field, leaving America with its collective jaw dropped and scratching its head.

"This was an unusual situation to end the game," said Pac-12 Commissioner Larry Scott in a release. "After a thorough review, we have determined that the officials fell short of the high standard in which Pac-12 games should be managed. We will continue to work with all our officials to ensure this type of situation never occurs again."

So, instead of possibly being 3-0, Wisconsin is 2-1 as it preps to play host to Purdue this Saturday. It will be interesting to see if the Badgers' have any self-pity hangover. There are nine games left-and still a lot to play for.

Watch the crazy ending to the game below: