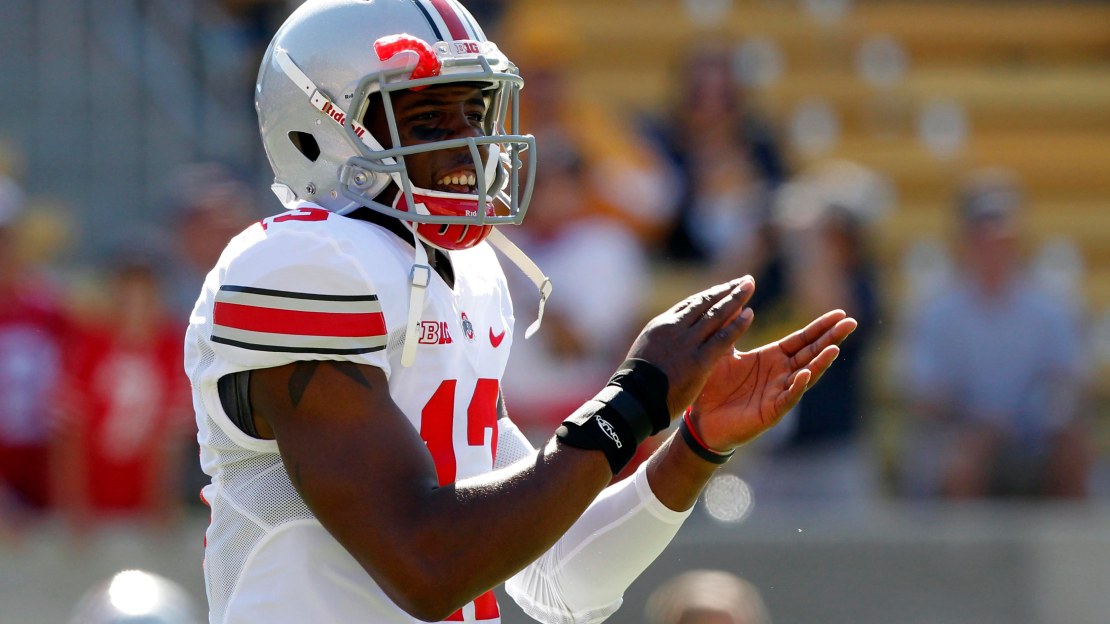 Kenny Guiton has made a name for himself as a reliable backup. Saturday night at Cal, we'll see how the veteran sub does as the starter. Guiton will get his first career start in place of star Braxton Miller, who injured his knee last week vs. San Diego State.

[ MORE: Track all of tonight's Big Ten night games with our live blog ]

Guiton filled in admirably for Miller last week, going 19-of-28 for 152 yards and two touchdowns; he also added a game-high 83 rushing yards, including a 44-yard scoring scamper.

The senior made a big name for him last season, when he rallied the Buckeyes past Purdue after Miller exited the game with an injury.

If I'm the #Buckeyes and I beat Cal, I let Kenny Guiton start next week vs. FAMU. Just keep Braxton on the shelf.

This is the best first-half performance from a "sub" since Spike Albrecht went crazy in NCAA title game.

That was an absolute #Dime by Kenny Guiton. #BackupQBDime

Kenny Guiton is on pace to throw 30 touchdown passes IN THIS GAME.

Here's a picture of Guiton warming up: