Dienhart: Here's what I learned in Week 2 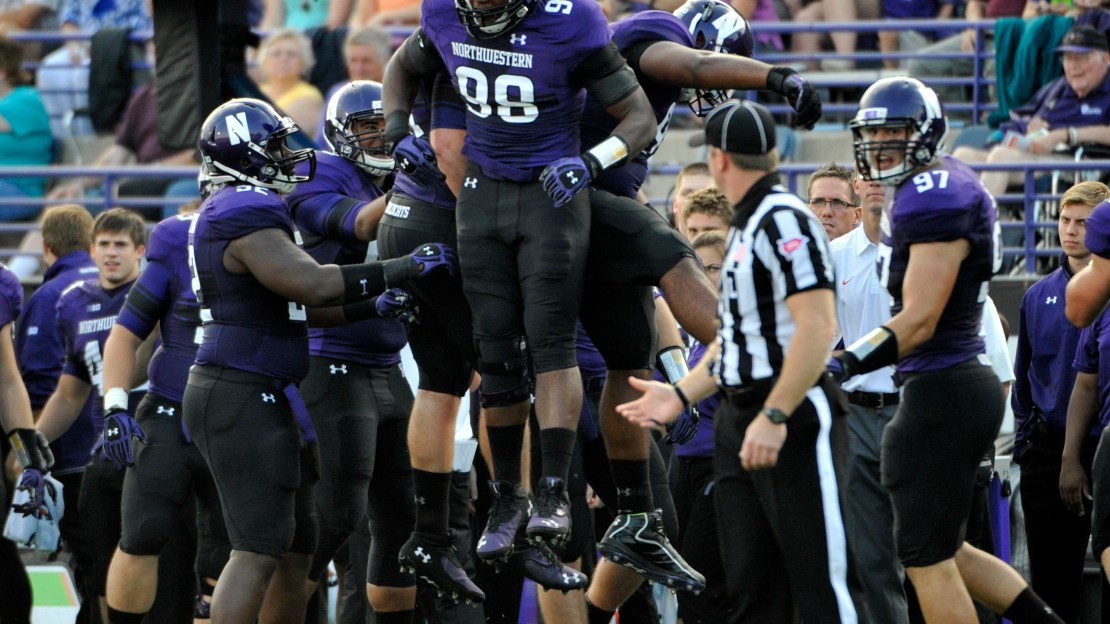 Another week is in the books. There has been a lot to be impressed with over the first two weeks of the season, with strong starts by teams like Wisconsin, Michigan, Penn State and Ohio State, among others. Saturday provided some clarity, but much remains unknown. Here is what I learned in Week 2.

1. Michigan State?s quarterback situation remains muddled. In the 21-6 win over South Florida, the Spartans used three quarterbacks: Andrew Maxwell (4 of 9 for 40 yards); Connor Cook (6 of 11 for 32); Tyler O?Connor (2 of 4 for 22). And none of the signal callers ran the offense effectively. Yes, Michigan State is 2-0. But it?s one of the shakiest 2-0s in the nation. Thank god for that killer defense, which has tallied four of the team?s six touchdowns this season.

2. Purdue may be in for a long season. The Boilermakers opened with a 42-7 loss at Cincinnati in which they did little positive. Purdue followed that up with an unimpressive 20-14 victory vs. FCS Indiana State. And one of the touchdowns came on a reverse off a kickoff return to open the game. ISU was at the Purdue 36-yard line, threatening, before Ricardo Allen sealed victory with a pick. Whew! The Boilers had just 285 yards of offense. The longest run was 16 yards; the longest pass was 26. This was an Indiana State squad that got shredded for 73 points in the opener at Indiana.

3. Illinois may be legit. The Fighting Illini impressed no one with their season-opening 42-34 escape vs. FCS Southern Illinois, which was throwing into the end zone late in the game with a chance to tie. A visit from Cincinnati looked daunting, considering the Bearcats were coming off a 42-7 demolition of Purdue. So, what?s Illinois do? Rips Cincinnati, 45-17, behind 522 yards of offense. Take a bow, new offensive coordinator Bill Cubit.

4. Penn State?s Christian Hackenberg is gonna be good. Really good. In his second career start, the true freshman hit 23-of-33 passes for a Penn State freshman record 306 yards, a touchdown and interception in a 45-7 win over Eastern Michigan. It was the first of what figures to be many 300-yard games for ?Hack.? Last week in a 23-17 win over Syracuse, Hackenberg hit 22-of-31 passes for 278 yards with two touchdowns and two interceptions.

5. Iowa?s offense still looks shaky. The attack suffered too many drops and had too many negative rushing plays in a 28-14 victory vs. FCS Missouri State. Coordinator Phil Parker?s defense? It looked good, rationing the Bears 197 yards.

6. Wisconsin has pitched shutouts in its first two games, blanking UMass 45-0 and Tennessee Tech 48-0. But what did we really learn about the Badgers? Not much. Still, consecutive shutouts to open the season is impressive for a defense that has shifted from a 4-3 to a 3-4 under dynamic new coordinator Dave Aranda. The trip to Arizona State will be big test for this defense, whose secondary is a bit of an unknown.

7. Michigan?s offense is good. And it?s fun to watch. Devin Gardner looked to have a full grasp on coordinator Al Borges? playbook, hitting 21-of-33 passes for 294 yards with four touchdowns in a 41-30 win over Notre Dame. The junior also ran 13 times for a game-high 82 yards and a touchdown. Read my Gardner column. And he did all of this while honoring Michigan icon Tom Harmon by wearing his No. 98. Yes, this Wolverine offense is gonna just fine without Denard Whatshisname.

8. Indiana?s bowl hopes took a hit with a 41-35 loss to Navy. The Midshipmen threw just four passes but ran for 444 yards. Yes, September is not even halfway over, but the Hoosiers needed this victory to cobble together six wins for bowl eligibility. Oh, Indiana can still get there-and may do it. But the Hoosiers? margin for error is smaller because of this defeat. It may end up 2-2 in non-conference action (visits from Bowling Green and Missouri are next) meaning Indiana would have to go 4-4 in Big Ten play.

9. Ohio State looked dominant. And that?s what I wanted to see after an uneven opener vs. Buffalo that saw the Buckeyes get outscored 20-17 over the final three quarters. This week, Ohio State trounced San Diego State, 42-7. Yes, Braxton Miller hurt his left knee in the first quarter, but Kenny Guiton showed why he?s one of the nation?s top backup quarterbacks by taking over and hitting 19-of-28 passes for 152 yards with two touchdowns and running nine times for a team-best 83 yards and a score.

10. Northwestern is in midseason form and not one leaf has fallen off a tree. The Wildcats looked surgical in taking apart Syracuse, 48-27. Quarterbacks Kain Colter and Trevor Siemian were spectacular. Colter hit 15-of-18 passes for 116 yards with a touchdown after getting knocked out of the opener early at Cal; Siemian completed 15-of-19 for 259 yards and three touchdowns. I can?t wait to see the Wildcats play Ohio State (Oct. 5), at Nebraska (Nov. 2) and Michigan (Nov. 16). Is Northwestern the best team in the Legends? Is it the best in the ? Big Ten?