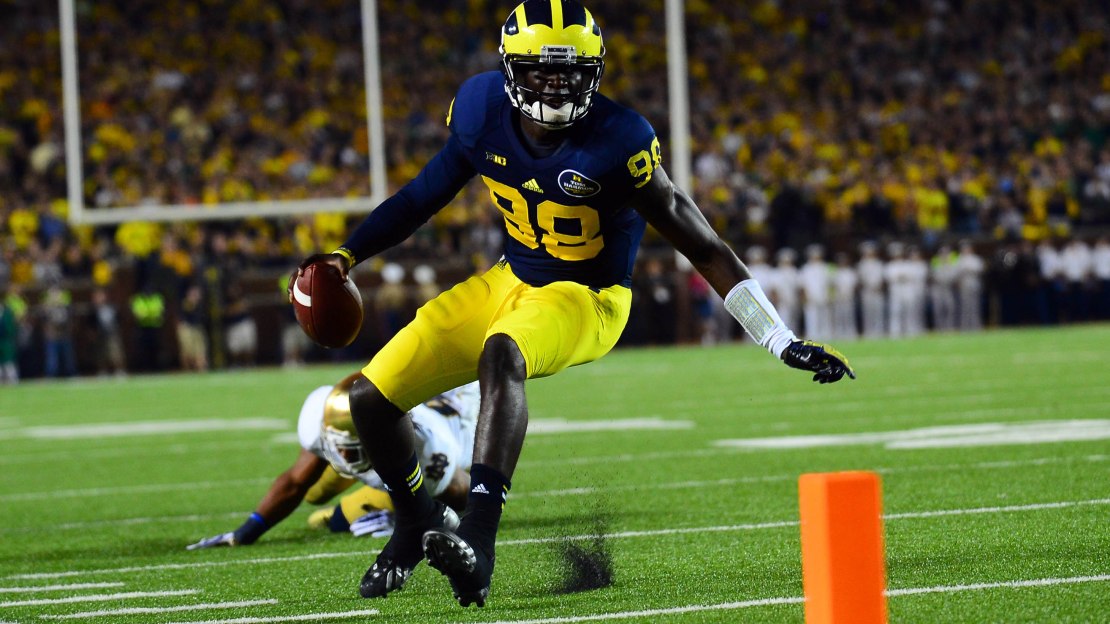 Every Saturday night during the Big Ten football season, BTN.com posts its "U.S. Marine Corps: Leaders of the Week." The feature is designed to honor some of the top individual Big Ten performances. See our Week 2 top 5 stars and our honorable mention honorees in this post.

1. Devin Gardner, QB, Michigan. The pick-6 in his end zone aside, Gardner dazzled in Michigan's exciting 41-30 victory over Notre Dame. The junior, who donned No. 98 to honor Tom Harmon, Michigan's first Heisman Trophy winner, completed 21-of-33 passes for 294 yards and four touchdowns, and added a game-high 82 yards on the ground and one rushing score.

3. Shilique Calhoun, DL, Michigan State. Calhoun wears an offensive number (89), and the defensive end has scored like an offensive player in the season's first two games. One week after recovering a fumble for a score, Calhoun took another fumble to the house and added a pick-6 to help lead the Spartans past South Florida. That's three scores through two games, if you're counting at home, and it's one more than the Michigan State offense. For good measure, Calhoun added three tackles and one sack.

4. Nathan Scheelhaase, QB, Illinois. We very well could have a repeat winner for the Big Ten Offensive Player of the Week. Either way, Scheelhaase's four touchdown passes in Illinois' 45-17 upset victory over Cincinnati matched his 2012 total. Seriously. Scheelhaase was nearly flawless in the impressive and unexpected rout, completing 26-of-37 passes (70 percent) on his way to racking up 310 yards. Best of all, Scheelhaase didn't throw an interception.

5. Corey Clement, Melvin Gordon & James White, RBs, Wisconsin. Yes, all three of them – again. For the second consecutive week, each member of the trio surpassed the 100-yard plateau, marking the third time in the last four games Wisconsin has had three running backs reach the century mark. Clement led the way vs. Tennessee Tech, with 149 yards, while Gordon and White went for 140 and 109 yards, respectively. All three backs also scored at least one touchdown for the second straight week.

Watch all of Wisconsin touchdowns: