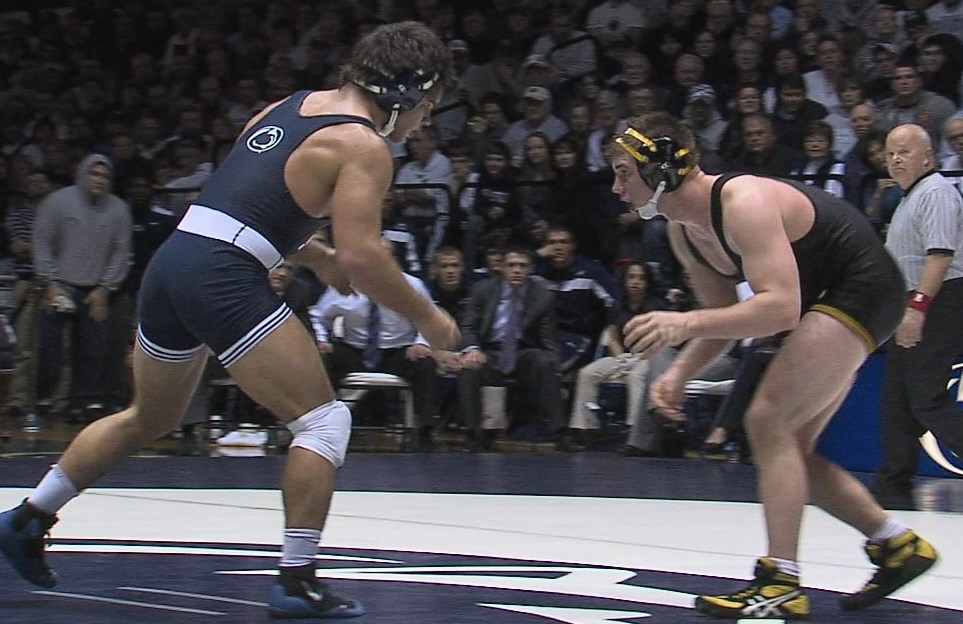 @caelsanderson yeah. I agree . Lets do something about it.

Within minutes, the two coaches were indulging in a detailed twitter discussion about the idea of scheduling a dual meet between the two powerhouse programs.

In just over 24 hours after the initial tweet was sent from Sanderson's account, the announcement was made official: Iowa will square off against Penn State on Dec. 21 at Carver-Hawkeye Arena.

And just to get an idea of how dominant these two programs have been over the past couple of years? The Hawkeyes and Nittany Lions have combined to win the last six NCAA wrestling national championships- Iowa from 2008-2010, and Penn State from 2011-2013.

The much-anticipated dual meet will be broadcasted live on BTN/BTN2GO.

Below is the remainder of the twitter interaction between Sanderson and Brands, which led the the scheduling of this meet.

@TomBrandsHAWK ok fair enough. can u guarantee we get the tiny locker room with pink walls?

@TomBrandsHAWK u know this late this might be too much of a hassle, it was a fun to play with idea though. we'll see you guys at B1G tourney

@TomBrandsHAWK just kidding, we are in. let us know when and we'll be there!! #IowaVsPennState

@caelsanderson listen. Sometime in December. Around the 'good will toward men' holiday. Your calendar open?

@TomBrandsHAWK schedule's tight but we'll make it work. Send a date and we'll lock it in.

?The Iowa wrestling team will host Penn State in a dual December 21, to be televised live on BTN. http://t.co/6WlQrfRwax? thank you twitter!