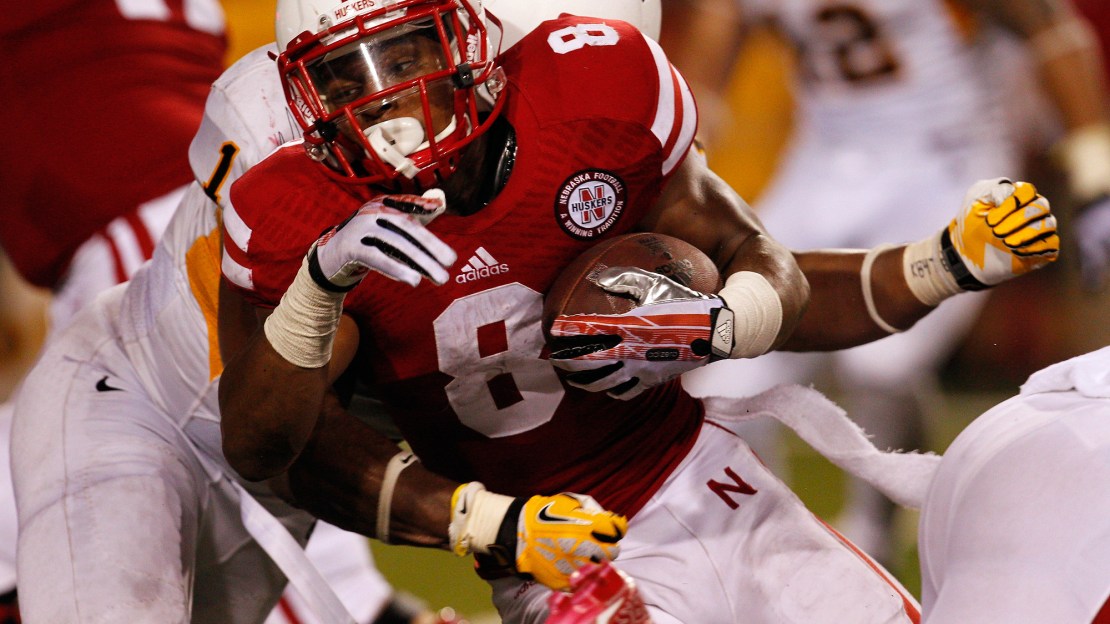 Happy Wednesday! What's that mean? Not Hump Day. Hope. It means we are one day closer to Saturday. And that's a beautiful thing. And, looky here: It seems Notre Dame's Brian Kelly is in full spin mode about this ND-Michigan rivalry stuff. Now, Kelly is open to renewing the school's rivalry with Michigan, but commitments to play five ACC teams a year is an obstacle.

Plus, ND always will play Navy and USC. That's seven commitments before the Irish have scheduled any other games.

I guess Kelly has a point. But, golly, couldn't ND find a way to squeeze in Michigan with one of those five game slots?

It seems Nebraska RB Ameer Abdullah gave a riveting post-game speech after last week's uninspiring win over Wyoming. And, the guy isn't even a captain.

"Here's the thing about leadership: You don't have to be voted as a captain," RBs coach Ron Brown said to the Lincoln Journal Star. "I go back to Tommie Frazier. He was never voted as a captain but he was clearly our leader. You don't have to wait for the popular vote. If you're a leader, it's got to be overflow. And when you're a true leader, it will overflow out of you. It won't be contained. And that's Ameer."

Good teams are led from within. So, this is a good sign for Nebraska.

Well, it looks like Andre McDonald won't be back this season for Minnesota. Too bad. The Gophers could use the help at wideout.

McDonald had been dropped from the preseason roster for a violation of team rules. Hope he's back at some point.

The season is one game old, and the Iowa d-line is still looking for its first sack.

I bet it comes Saturday vs. Missouri State. And my money is on Carl Davis registering it.

This piece by the great Tim May of the Columbus Dispatch made me chuckle: Urban Meyer insists his team is the hunter, not the hunted.

What? Did I miss something? Didn't the Buckeyes debut at No. 2 in the nation in both polls? Isn't Ohio State the consensus pick to win the Big Ten? Yes and yes. So, that makes OSU the hunted, right? Whatever.

More Penn State: It looks like DaQuan Jones and Stephen Obeng-Agyapong are breaking out. Yep, this defense could be pretty good.

And this from Greg Pickel of PennLive.com, who has five key points from Bill O'Brien's press conference.

The scant 57 yards rushing last week is a cause of concern for some. But, not O'Brien. You see, it gets down to game plan. The Nittany Lions will be OK when it comes to rushing the ball. Believe me.

Tom Shatel of the Omaha World-Herald thinks there still is something amiss with the Nebraska defense. And, I'd say he's correct.

Shatel wonders: Is Pelini spending too much time being head coach? Should he have hired a more experienced coordinator? Does his scheme require monster defensive tackles? Does he have those now? Execution. Adjustments. Personnel. Scheme. No matter how you slice it, it comes back to coaching.

It will be fascinating to see how this Nebraska defense responds. Not vs. Southern Miss-but vs. UCLA.

Can Wisconsin RBs Melvin Gordon and James White run between the tackles? Well, they answered some questions last week. But, that was against, ahem, UMass.

Mark Dantonio, who said he would play more than one QB for an indeterminable amount of time this season, said he would watch how the quarterbacks played this week before picking the starter for Saturday's noon game against South Florida (TV: noon, ESPNU) at Spartan Stadium.

No doubt, the MSU quarterbacks would be helped by better by the wideouts. The drops persist, which miffs wideouts coach Terrence Samuel.

It's Tuesday night, we all calmed down about #huskers football? Time to start looking ahead, eh?

Charley Casserly just said on NFL Network that Matt McGloin throws it better than any other Oakland QBs.

My take: This, of course, includes Terrelle Pryor, who at one time was considered the top prep player in the nation. McGloin? He was a walk-on.

ND coach Brian Kelly on Devin Gardner (via conference call): "He reminds me of Randall Cunningham back there."

MSU WR coach Terry Samuel after practice on the receivers: "They've been challenged." No WRs or QBs available for interviews, by the way.

My take: Interesting. I imagine this isn't where Michigan State wanted to be heading into Week 2. But, hey, MSU is 1-0 and has time to improve, right?

Dantonio agrees he doesn't want a weekly media circus, but says the QB battle is still ongoing. "We won't put the cart before the horse."

My take: Don't you wonder: If a clear-cut guy hasn't emerged by now, will one ever?

Ferentz said they will certainly try to grow Damond Powell's role at receiver.

My take: Iowa needs to get the speedy JC wideout involved.

Fitz also said of Kain Colter: "Unless something changes throughout the course of the week, we expect him to play Saturday."

My take:This is good news for Northwestern, which can use his skills on the option-among other things.

Wondering why Braxton Miller looked more hesitant to run the ball against Buffalo? Meyer said they only called one designed run.

My take: I have a feeling more Braxton Miller runs will be called as the competition improves.