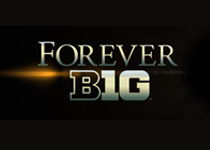 In the first episode, fans get a look into the life of Sellers, a former NBA player and OSU basketball star who also played at Wisconsin before transferring. Sellers, the current mayor of Warrensville Heights, Ohio, will take fans along as he goes through a typical day, including speaking to a community group and visiting the local YMCA. He was selected by the Chicago Bulls in the first round of the 1986 NBA Draft and spent 14 years playing in the NBA and overseas before retiring in 2000. He was sworn in as mayor of his hometown in 2012.

Also featured in the first episode is Mandarich, a decorated Spartan lineman who spent time in the NFL but now owns his own photography business. He was drafted second overall by the Green Bay Packers in the 1989 NFL Draft but played little and was cut in 1992. In the episode, Mandarich discusses his time playing in East Lansing, his struggles off the field while in the NFL, and how the lessons he learned while playing at MSU still resonate with him today.

New episodes of Forever B1G will air every Friday at 7:30 p.m. ET on BTN. For information on upcoming episodes, go to: BTN.com/Shows/ForeverB1G.

About BTN: A joint venture between the Big Ten Conference and Fox Networks, BTN is the first internationally distributed network dedicated to covering one of the premier collegiate conferences in the country. With more than 800 events, all in HD, the 24/7 network is the ultimate destination for Big Ten fans and alumni across the country, allowing them to see their favorite teams, regardless of where they live. Events include football, men?s and women?s basketball games; dozens of Big Ten Championship events; studio shows; coaches? shows; and classic games. The network televises and streams more Olympic sporting events and women?s sports than has ever been aired on any other network. Original programming highlights activities and accomplishments of some of the nation?s finest universities. The groundbreaking Student U initiative provides real-world experience for students interested in careers in sports television. The network is available to more than 80 million homes across the United States and Canada, and currently has agreements with more than 300