A great addition to our Football Saturday Team 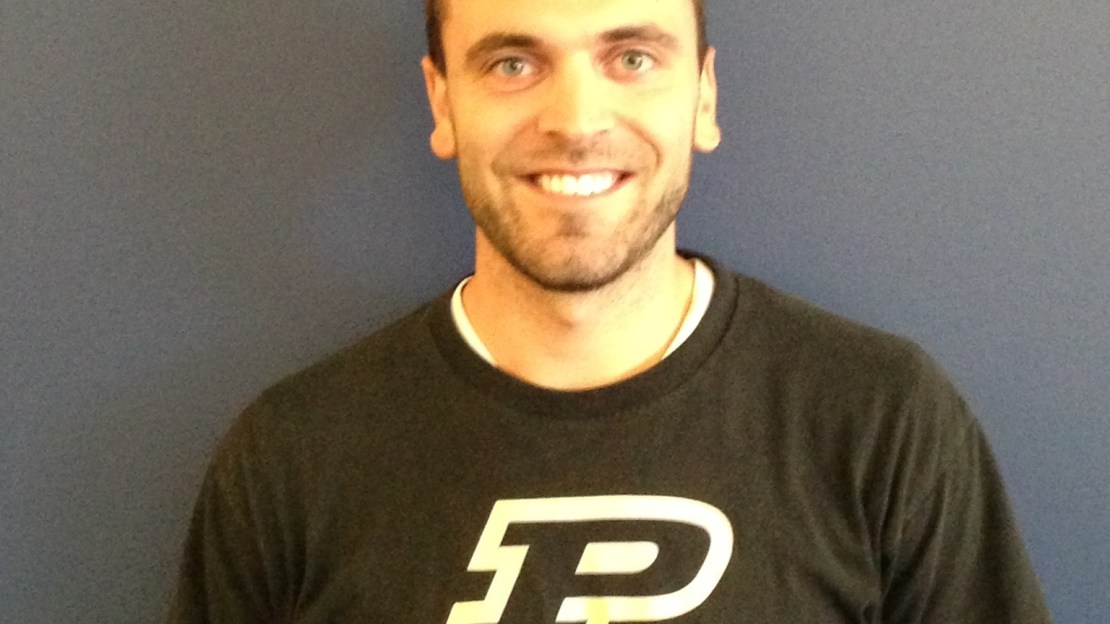 Daniel Thompson, a proud Purdue alumnus, is joining our football Saturday team this fall. He was a great addition! Read about his first BTN game-day experience in this post. The historic Montgomery Ward building had a different aura about it on the opening Saturday of college football season. The terrace that is normally buzzing with people was silently empty. Although it was 90 minutes till the opening kickoff, the Big Ten Network studio was nothing close to silent.

When I first arrived at the office I was meandering around, looking for the kitchen because I heard a mumbling that there was food. About halfway there I heard the sound of a pair loafers banging down the hallway behind me. I turned around to hear a man screaming for me to get out of the way as he barreled by with a stack of papers. I don?t know what he was doing or where he was going but he was on a mission; that set the tone for the day.

I spent most of the day responding to emails from fans asking where they could see their game. My goal for the afternoon was to keep the fan inbox under 10 emails and just as I?d get the list down to a 12 or so, I?d get 10 more emails. Just before halftime of the first round of games I got to stand in the main control room and watch as the crew transitioned from the coverage of one of the games to the halftime show. What the crew did reminded me a lot of what I have seen on the HBO series The Newsroom. Seeing something like that in person is even more impressive to me because I didn?t realize until then how much work went into (what most think are) simple aspects of a show like graphics or a ticker at the bottom of the screen.

One impressive perk of this place - that could be to the demise of some - is that every desk has its own personal TV. This is the only job I?ve ever had that I was encouraged to have a game on my personal TV.  I bounced around from game to game as the day went on after the drubbing of my Boilers by Cincinnati. There was a little traffic during the later games but it wasn?t anywhere close to what we got during the first round. I had a great time for my first day and I look forward to my continued work with BTN this fall.