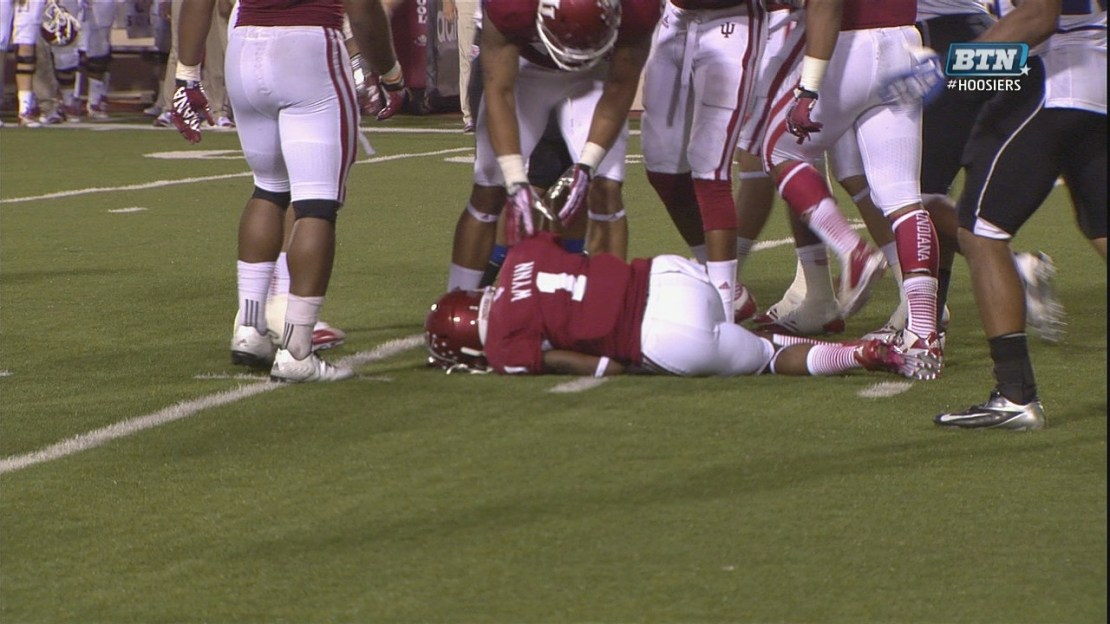 We knew it was only a matter of time before a player was ejected as a result of college football's new rule on targeting a defenseless player, and it happened on the season's first night. Indiana State's Carlos Aviles was booted for his hit on Shane Wynn during a punt return in the third quarter. Aviles wasn't the first player ejected under the new rule, actually, as Tulane and Missouri State had players tossed earlier in the night.

With Aviles' penalty happening in the second half, he must sit out the first half of next week's game at Purdue. A couple other results of the penalty: Indiana State was penalized 15 yards and Aviles had to be escorted off the field.

Wynn, who scored three touchdowns on the night, stayed down on the turf for a few minutes after the violent hit. The Indiana receiver and returner didn't see the hit coming as he was eying the flight of the ball.

Indiana's Jake Reed was thrown out of the game in the first half for throwing a punch.

And here's a description of the new rule: