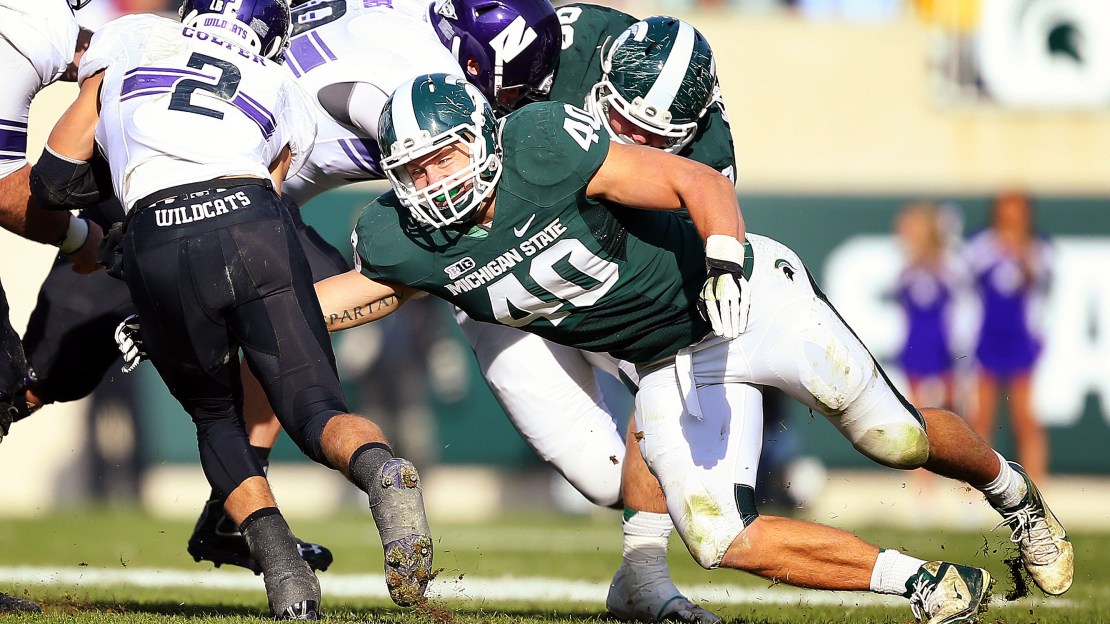 If you're on Twitter, you can vote in our ongoing series of Big Ten Twitter polls for our weekday TV show "#BTNLive" weekdays at 6 p.m. ET. On Wednesday's airing of #BTNLive, BTN's Rick Pizzo, Derek Rackley and Jon Jansen discuss this question: Who is the biggest defensive game changer in the Big Ten? You can choose anyone you wish, of course, but our panel has narrowed it down to four players:

We collect votes via Twitter? Select your choice below and tweet out your vote. We'll be tabulating the hashtag totals all afternoon and throughout the show. The hashtags are: #MaxBullough, #RyanShazier, #ChrisBorland and #TylerScott

Also in Wednesday's show, Indiana head coach Kevin Wilson joins us for an update on the Hoosiers quarterback situation heading into going into Thursday's season opener.  Spartan linebacker Max Bullough also stops by to talk about how Michigan State looks going into the season. Our experts also address the running back position in the B1G - who?s primed for a big year?

Update: This poll is now closed.