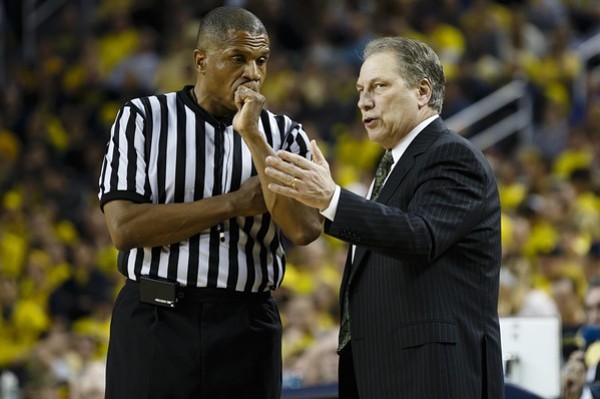 It is no secret to Big Ten fans that Michigan and Michigan State have restored one of the top in-state rivalries throughout college basketball over the past couple of seasons. But what is it that makes both of these programs so successful?

According to ESPN.com's Jeff Goodman, it is all about coaching.

Goodman recently put together a list of the top 25 X's and O's coaches in America, and Tom Izzo topped the list, followed immediately by Michigan's John Beilein at No. 2. Wisconsin's Bo Ryan and Indiana's Tom Crean came in at No. 13 and 14, respectively.

The list is based on polling results from approximately two-thirds of the Division I head coaches in college basketball.

"Izzo is known for his preparation and ability to get his players to execute," Goodman said of the Spartans head coach. " He recruits at a high level, but it?s not as though his program has produced a ton of high-level NBA players. He has won a national title and taken the Spartans to a half-dozen Final Four appearances. He?s 30-4 as the higher-seeded team in the NCAA tournament and 18-3 in the second game of a weekend NCAA contest."

My thoughts: This is a well put-together list that highlights those coaches who are not only elite teachers of the game, but also have the ability to get their players to execute on a consistent basis. Izzo has had a tremendous amount of success in the NCAA Tournament since taking over the MSU program back in 1995, and that is a credit to his unique style of coaching. Beilein is a guy who arrived at Michigan with a reputation as an X's and O's genius, and that reputation is continuing to grow, especially after the Wolverines NCAA Final Four run this past season.