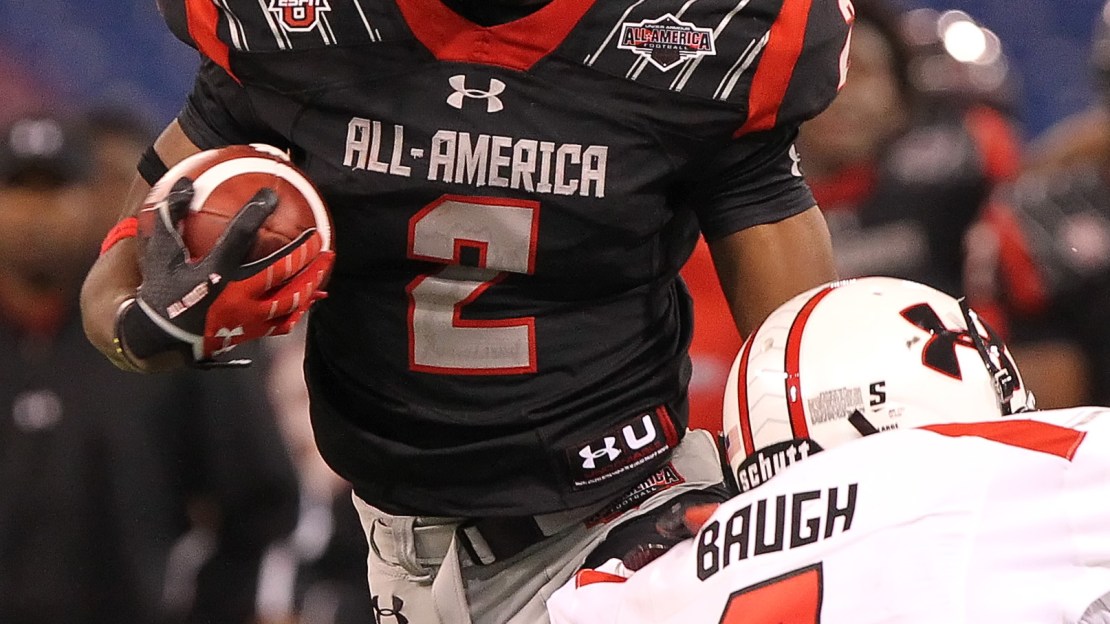 There is a long list of freshmen who have created a ton of buzz in preseason camp this summer. But the one youngster who has generated the most noise amongst the national media is Ohio State running back Dontre Wilson.

With starting running back Carlos Hyde suspended for the first three games of the 2013 season, OSU head coach Urban Meyer is looking for a running back to step up and ignite the Buckeyes' running game. Wilson appears to have taken on that challenge and is running away with it.

Yahoo Sports columnist Pat Forde recently touched on three freshmen who will make some noise this upcoming season, and he led off the segment the Buckeyes' talented freshman back. Also featured in the video are Florida running back Kelvin Taylor and Ole Miss defensive end Robert Nkemdiche.

Our own Tom Dienhart was equally as impressed with Wilson when he attended Ohio State's practice back on Aug. 7 as part of the BTN Summer Bus Tour.

Having seen true freshman RB Dontre Wilson rip off some big plays, you can see why coaches are excited.#Buckeyes

Michigan fans can't be thrilled with Derrick Green not being mentioned in this segment, but hey, what's one other thing to add to what is already the most heated rivalry in college sports, right?