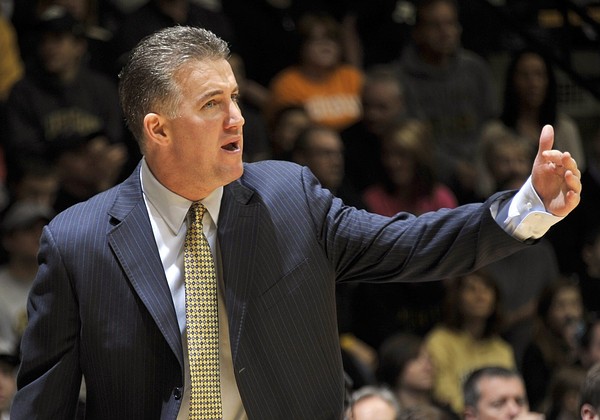 Matt Painter announced Wednesday the hiring of former Purdue captain Brandon Brantley as an assistant coach. Brantley spent the last two years with Basketball University and as the EG10 AAU Under-16 head coach.

Brantley also spent time in the Indianapolis Pro-Am Summer League from 2008 to 2012, where he was the head coach to several NBA and NCAA Division I players in the AAU and summer league circuits.

"We are excited about Brandon joining our staff," Painter said in a release. "He has worked very hard to stay in and around the game after a successful career overseas. As a three-time Big Ten champion as a player, he brings a wealth of experience in understanding what it takes to be successful at the highest level."

Brantley was a key figure in Purdue?s run of success in the Big Ten in the mid-90s, helping the Boilermakers claim three Big Ten titles. He served as the team captain of the 1995-96 squad that posted a 26-6 overall record, a 15-3 Big Ten mark and the No. 1 seed in the NCAA Tournament?s West Region.

During his time at Purdue, Brantley played in 129 games, the 10th-most in school history, and finished his career with 803 points,  591 rebounds and 114 blocks, the sixth most in a career in Purdue history.