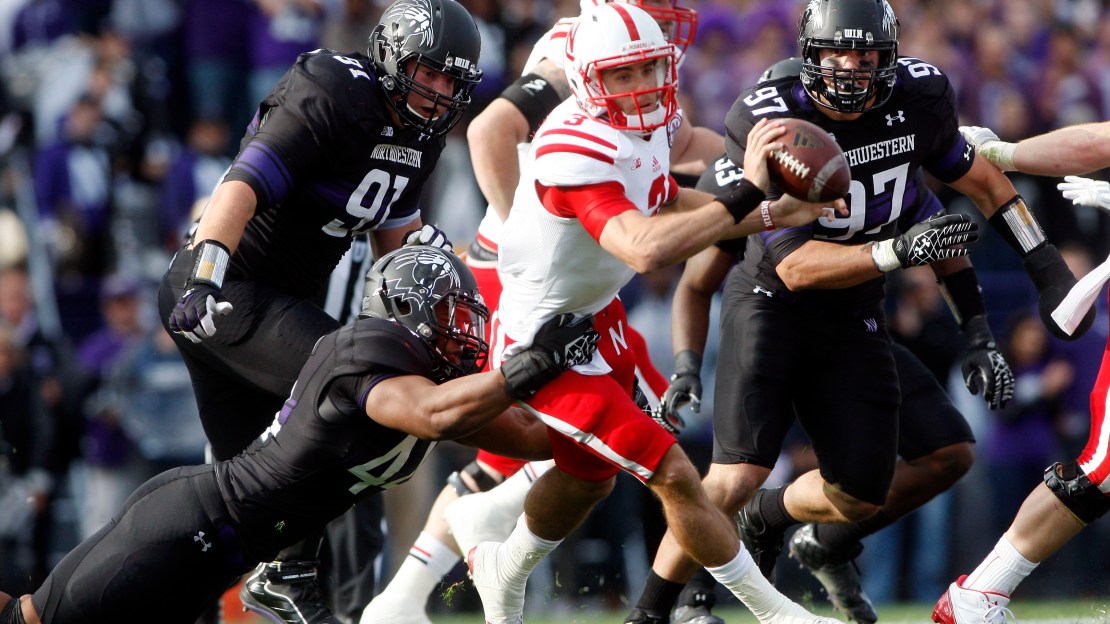 BTN/BTN2Go is airing the top 10 football games of 2012, and the countdown has reached No. 9: Nebraska's 29-28 comeback victory at Northwestern. Watch the game at 8 p.m. ET tonight, and the next eight games at the same time through Aug. 11. Until then, relive the exciting game in this post.

Taylor Martinez threw for 342 yards and three touchdowns and Nebraska rallied to beat Northwestern 29-28 on Saturday. The Cornhuskers (5-2, 2-1 Big Ten) rallied from 12 down in the fourth, taking a one-point lead when Martinez hit Ben Cotton with a 7-yard pass with just over 2 minutes left, and hung on when a 53-yard field goal attempt by Jeff Budzien barely missed with 1:10 remaining.

The Cornhuskers can thank Martinez for that. He led them to two touchdowns in the fourth quarter and completed 27 of 39 passes in the game, helping Nebraska rack up 543 yards of total offense. Quincy Enunwa added 110 yards receiving, while Kenny Bell caught six passes for 77 yards and a touchdown. Ameer Abdullah ran for 101 yards on a day when Rex Burkhead left with an unspecified injury after a short run early on.

Venric Mark led Northwestern (6-2, 2-2) with 118 yards rushing, including an 80-yard touchdown that made it an 11-point game early in the third.