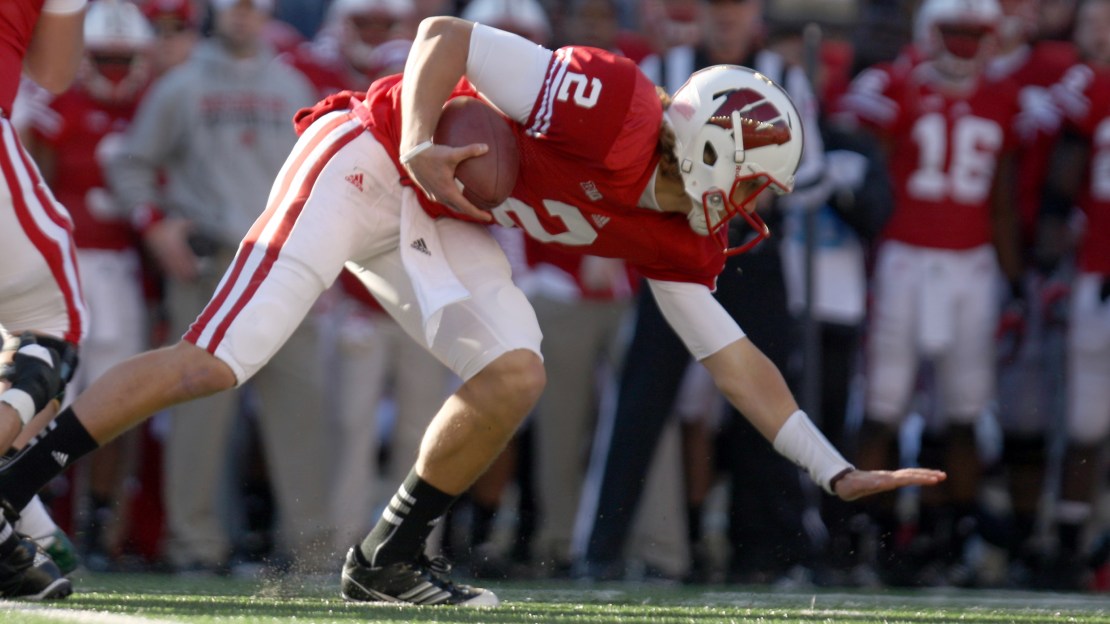 It?s difficult enough to select an All-Freshman team after the season. Well, the good folks at College Football News have picked a preseason All-Redshirt Freshman Team. Check out the offense here. And the defense here.

THOUGHTS ON NO. 2, COACH? Ohio State came in at No. 2 in the coaches poll which was released yesterday. How does Urban Meyer feel about that?

25 THINGS TO KNOW ABOUT POLL: Speaking of the USA Today poll, here are 25 things to know about it.

How about this on Nebraska? Last year?s defense allowed 214 points to UCLA, Ohio State, Wisconsin and Georgia, and only 172 points to the remaining 10 teams on its schedule.

When was the last time a defensive player was the face of Golden Gophers football? It probably was Tyrone Carter in the late 1990s.

INSPIRATIONAL ILLINI: Looking for inspiration? Look no further than Illinois offensive lineman Corey Lewis, who has endured three torn ACLs and five surgeries. But, he?s back to finish his career as a key part of the o-line. Amazing.

FITZ IN THE FOLD: Michigan running back Fitz Toussaint has been declared healthy for the coming season after a broken leg ended his 2012 early. And that?s great news for a Wolverine rushing game that floundered in 2012.

But I can?t wait to see true freshman RB Derrick Green, who is rated by some as the top incoming back in the nation.

Basically, the NCAA altered its men?s basketball selection principles to allow conference teams to meet more frequently in the tournament?s earlier rounds. Conferences rivals formerly were placed away from one another until the regional finals. But changes will allow teams that have met only once during the regular season to face one another in the tournament?s third round (round of 32). It?s designed to make the seed list more accurate - and give geographic sites a major boost - when the 68-team bracket is announced.

BECK BACK TO NORMAL: Nebraska offensive coordinator Tim Beck is back on the job-and sleeping better-after going through a procedure that saw his jaw broken in four places to help remedy a sleep apnea condition.

HOOSIER HYSTERIA: There is a lot of excitement about the Indiana season. In fact, some feel the Hoosiers could make a bowl for the first time since 2007. I am one of those people.

Hoosiers coach Kevin Wilson thinks his team needs to back up that hype with results. No doubt, the Hoosiers have the offense to excel. But can the defense develop some teeth? If so, IU could be a 6-6 or 7-5 team.

The spot I?m most fascinated by? Running back. Griffith thinks Riley Bullough will be the starter because he knows the offense and can be counted on in pass protection. The tougher of the other two backs - Gerald Holmes and Delton Williams - gets the majority of the rest of the carries with the speed backs taking their turns on third downs.

Who will be the QB? Here is what Mulhern says: As of this point, I'd be surprised if it's McEvoy. Don't forget, he's got three years of eligibility. It's not like they brought him in and he's got to play right away. His background is limited, only two years of playing the position. So, I don't think you can compare him to last two transfers who came in. I thought Stave had the best spring. As of now, I'd put it like this: 1, Stave; 2, Phillips, 3, McEvoy. By no means do I feel confident about that prediction. We're going to have to see how it plays out in camp.

My take: If a football coach works that long, how long does a NASA scientist work? I mean, how complex can football be?

O'Brien on how his life has changed the past few years: "I don't believe I'm the face of Penn State University. … I'm the football coach."

My take: That?s how it always should be at every school.

Nebraska opened No. 16 in last season's coaches' poll, and finished No. 23. Envision something similar this season?

My take: This is what those in the biz call ?foreshadowing.?

Depending on how much help Hageman gets up front and off the edge I wouldn't be surprised if he gets a few more than last year's six sacks.

My take: Will be a bit disappointing if he doesn?t get more.