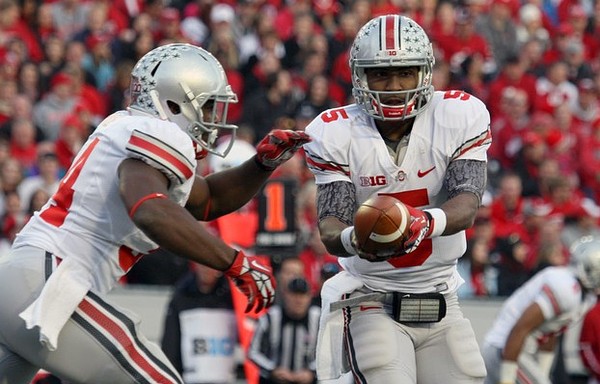 The coaches poll came out today-and there weren?t many, if any, surprises. Five Big Ten teams are ranked: No. 2 Ohio State; No. 17 Michigan; No. 18 Nebraska; No. 22 Northwestern; No. 23 Wisconsin.

Alabama is No. 1. The Crimson Tide return a loaded roster from a national championship team. Alabama is college football?s ?it? program, winning three national championships in the past four seasons. Any school that wants to win the last BCS title before a playoff begins in 2014 likely will have to walk through Nick Saban?s Tide.

Ohio State could be that team.

It?s a 15-spot drop to No. 17 Michigan to find the next Big Ten team. But that?s no shock. Ohio State really is the lone elite Big Ten team in 2013. And to see Nebraska (18) and Northwestern (22) bunched right behind the Wolverines makes sense. Either could win a Legends Division race that should be exhilarating.

I still like the Cornhuskers better than the Wolverines and Wildcats when it comes to picking the top squad in the Legends Division. No one part of Michigan?s team looks exceptional. But Nebraska looks to have one of the nation?s top offenses.

This looks to be the best Wildcats team in eons, coming off a 10-win season and the program?s first bowl win since the 1948 season. The offense is loaded with the likes of quarterback Kain Colter and running back Venric Mark, while the defense has perhaps its best collection of speed and athletic ability ever. But the schedule is a doozy, which in my mind mutes expectations in Evanston.

Wisconsin (23) could have been a bit higher. Perhaps the arrival of a new coach caused some consternation among voters. But Gary Andersen has inherited a loaded roster. There are questions at receiver on offense and in the secondary on defense. Still, coming off three Rose Bowls in a row and teeming with talent, I thought Wisconsin would be a bit higher.

Michigan State (28) was third among schools receiving votes. The issues on offense have to be why the Spartans are unranked. I wouldn?t have ranked MSU. But if that attack gets on track with new coordinators, MSU may be a surprise team that could win the Legends behind a defense that will be among the nation?s best.