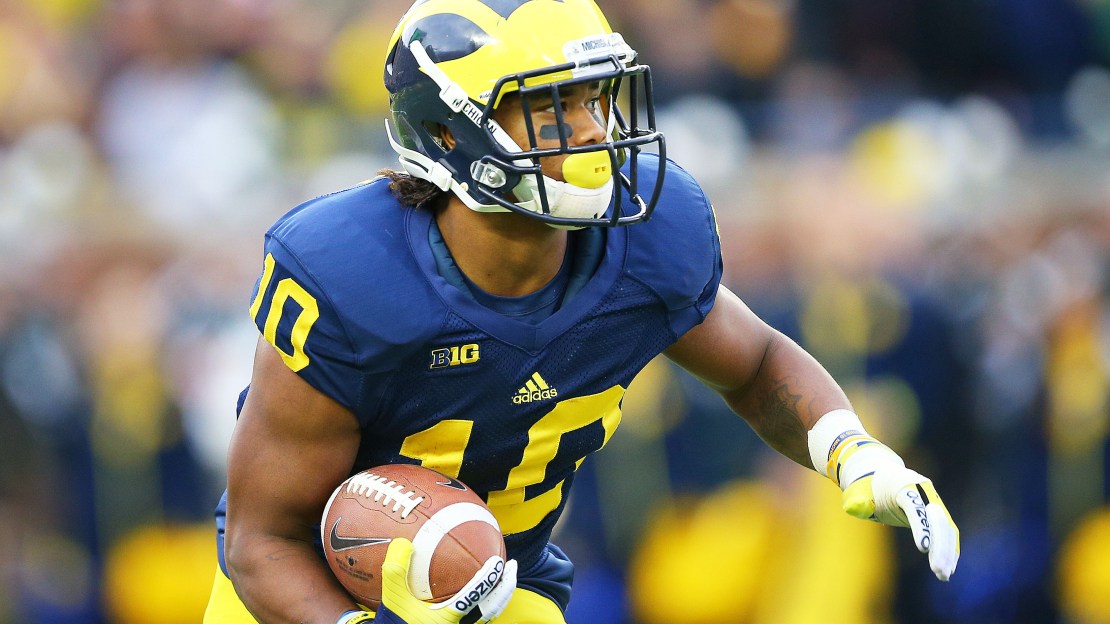 Michigan is the pick of many to win the Legends Division in Brady Hoke?s third season in Ann Arbor. There is a lot to like about the Wolverines, who continue to accumulate an impressive collection of talent. But how will the d-line develop? Will the running game get back on track? Here?s my look at the best- and worst-case scenarios for Michigan this season.

Best case: A season-opening visit from Central Michigan is like an exhibition game. Good thing, because Notre Dame comes to the Big House next for a prime-time game. The Fighting Irish won last year, 13-6, ending the Wolverines? three-game winning skein in the series. Michigan takes this game. In fact, Michigan breezes through the next three games (Akron; at UConn; Minnesota). A visit to Penn State pushes the Wolverines. The teams haven?t met since 2010, but Penn State has won the last three meetings (discounting vacated wins). Before that, Michigan ripped off nine victories in succession. The Wolverines escape with a narrow win in hostile State College. Next, Michigan catches its breath with a visit from overmatched Indiana. The Wolverines have won the last 17 meetings vs. IU dating to a 14-10 Hoosiers? win in Bloomington in 1987. Add it up, and Michigan has won 32 of the last 33 meetings. The Wolverines take a 7-0 record into November, which is a very challenging month. Michigan needs no motivation vs. Michigan State, which had won four in a row in the series prior to last season's meeting.  A visit from Nebraska is next-and it results in Michigan's first loss. The Wolverines find a way to win at Northwestern and at Iowa before welcoming Ohio State for the finale. The Wolverines have been on the short end of this series lately, dropping eight of the last nine. Michigan did win the last time the game was in Ann Arbor in 2011. And the Wolverines win again to finish 11-1 overall and 7-1 in the Big Ten.

Worst case: Michigan opens with a rousing victory vs. overmatched Central Michigan. But a visit from the Fighting Irish is a downer, as ND wins even without QB Everett Golson, who is suspended for the season because of academics. The Wolverines regain their footing with wins vs. Akron, at UConn and vs. Minnesota for the Little Brown Jug. The Wolverines have dominated the Golden Gophers. Since losing six of eight to Minnesota from 1960-67, Michigan has gone 38-3 vs. the Gophers. The Minnesota wins have come in 1977, 1986 and 2005. A visit to Penn State ends the good times for Michigan, but the Wolverines get better at home vs. Indiana the next time out. Michigan takes a 5-2 record into a make-or-break November. And the Wolverines break down in the month, going 1-4. The lone victory comes at Iowa. MSU makes it five wins in the last six games vs. Michigan; Nebraska makes it two in a row over the Wolverines. Since beating Michigan back-to-back in 1995-96, Northwestern has gone 2-10 vs. the Wolverines. The Wildcats prevail in Evanston after dropping a heartbreaker last year in Ann Arbor. Iowa beat Michigan three times in a row before falling last season in Ann Arbor. The Hawkeyes fall again this season, at home. And Michigan falls for the ninth time in the last 10 games vs. Ohio State, capping a hugely disappointing 6-6 season that results in a middling bowl trip.