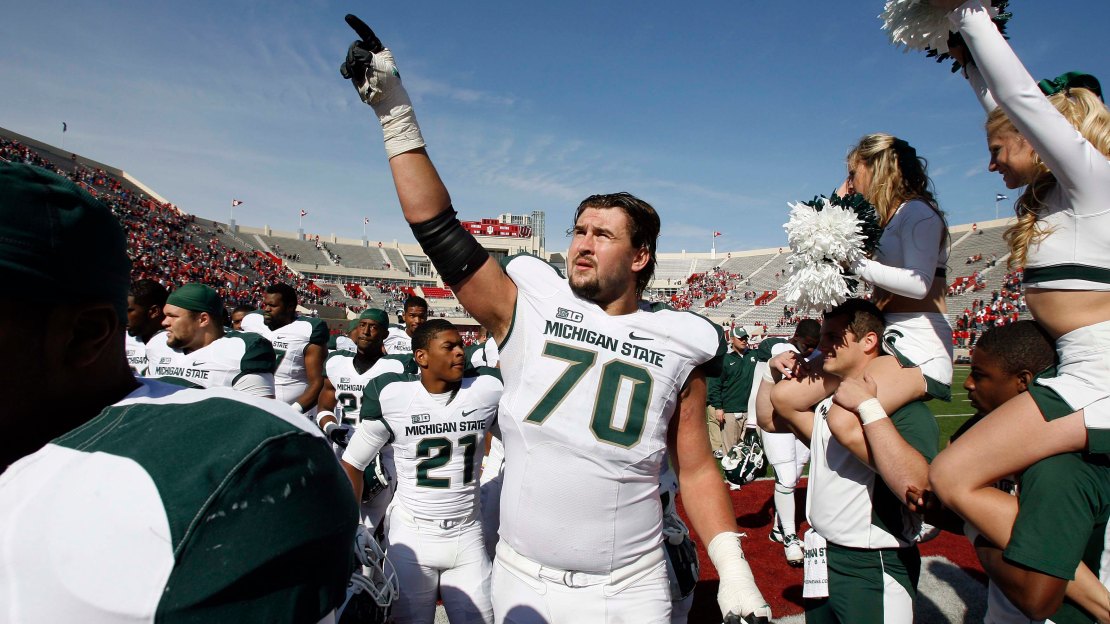 Michigan State junior offensive tackle Skyler Burkland has announced his retirement from football due to multiple injuries and will forgo his final two years of eligibility with the Spartans.

Seventh-year Michigan State head coach Mark Dantonio confirmed Burkland?s decision to apply for medical disqualification on Tuesday, July 30. Once paperwork is approved, Burkland will remain on scholarship to continue his education while not counting toward the NCAA?s 85-man scholarship limit.

The 6-foot-7, 315-pound Burkland was a two-year letterwinner who saw action in 15 career games, including 14 starts at right tackle.

?This was a difficult decision for Skyler,? Dantonio said. ?We?ll certainly miss him on the football field, but he?ll remain heavily involved in our program and continue to work on earning his degree.?

A native of Sunbury, Ohio, Burkland missed a portion of preseason camp and the first game of the season against Boise State in 2012 with a hand injury. He began starting at right tackle in Week 3 against Notre Dame and went on to start the final 11 games of the season for the Spartans. Burkland played 775 snaps during the regular season and led the team with 58 knockdowns, including seven dominators.

Burkland started the first three games at right tackle as a red-shirt freshman in 2011, but fractured/dislocated his left ankle in the first half at Notre Dame and missed the remainder of the season. He took his red-shirt year in 2010.