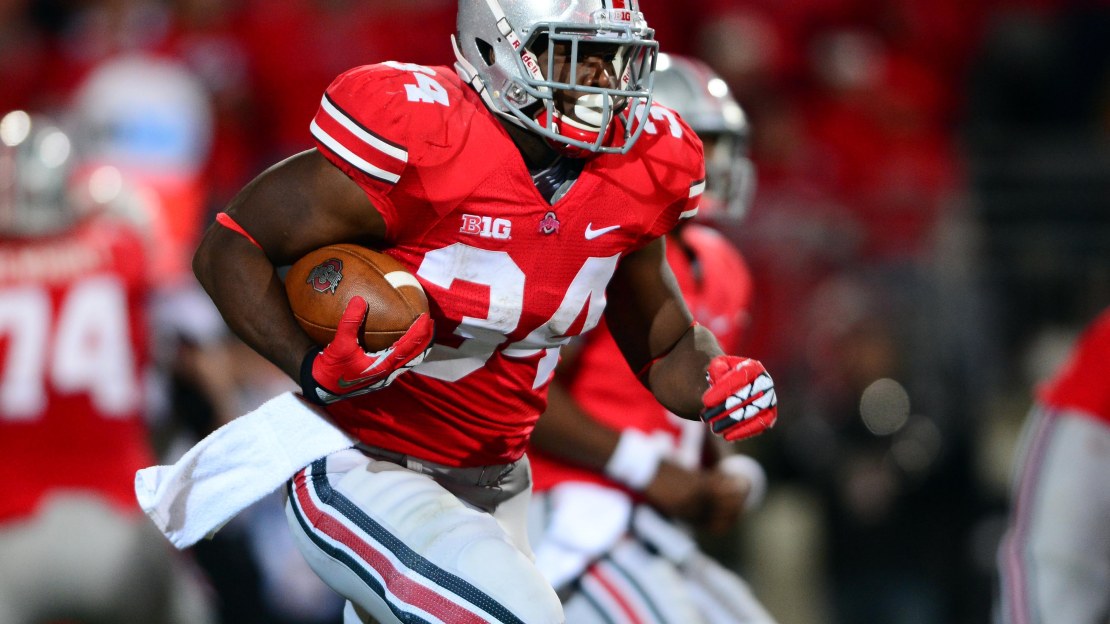 Previous reports of Ohio State running back Carlos Hyde being dismissed from the team were proven inaccurate when Urban Meyer announced Monday afternoon that the senior running back has been suspended from all team activities pending the outcome of the student code of conduct and criminal investigations.

Hyde was named as a person of interest in a weekend assault against a female in a Downtown bar.

As if that wasn't enough, Ohio State also is looking into a situation regarding star cornerback Bradley Roby in Bloomington, Ind., over the weekend. Roby will not be attending Big Ten media days Wednesday-Thursday in Chicago, as scheduled, and he could face further discipline.

?I have a clear set of core values in place that members of this football program are constantly reminded of and are expected to honor,? Meyer said in the release. ?There are also expectations with regard to behavior. I expect our players to conduct themselves responsibly and appropriately and they will be held accountable for their actions."

?Swift, effective and fair discipline is the standard for our entire athletics program,? Director of Athletics Gene Smith said in the release. ?I applaud Coach Meyer for his immediate actions.?

Stay tuned to see what happens to Hyde and Roby. A big, physical back, Hyde led the Buckeyes with 970 yards rushing and with 16 touchdowns rushing in 2012. He did all of that in 10 games. And many projected him to eclipse the 1,000-yard mark this season as a senior-which would be a first for an Urban Meyer-coached running back.

Ohio State seems to have the depth to withstand the loss of Hyde for any period of time. Junior Rod Smith is listed behind Hyde of the depth chart. The Buckeyes also have sophomore Bri?onte Dunn (6-0/222) and redshirt freshman Warren Ball (6-1/222), along with touted incoming freshman Ezekiel Elliott. Smith ran for 215 yards in 2012; Dunn 133. Each came to Columbus with a fat scrapbook.

The Buckeyes also have senior Jordan Hall back, but he will be more of a wildcard player who lines up in various spots.

Whoever is the main ball carrier, he will be led by a veteran line that welcomes back four starters. So, the potential physical loss of Hyde could be buffeted a bit. If he's dismissed, though, it would be a psychological blow to a program many see as the favorite to win the Big Ten in 2013 and perhaps play for the BCS title.

Meyer also took disciplinary action Monday against two freshmen who were involved in legal issues in the past week: tight end Marcus Baugh, who has been removed from team activities and will miss the season opener vs. Buffalo for underage possession of alcohol and possessing a fake identification, and defensive lineman Tim Gardner, who has been sent home and will not be part of the team after he was charged with obstruction of official business.