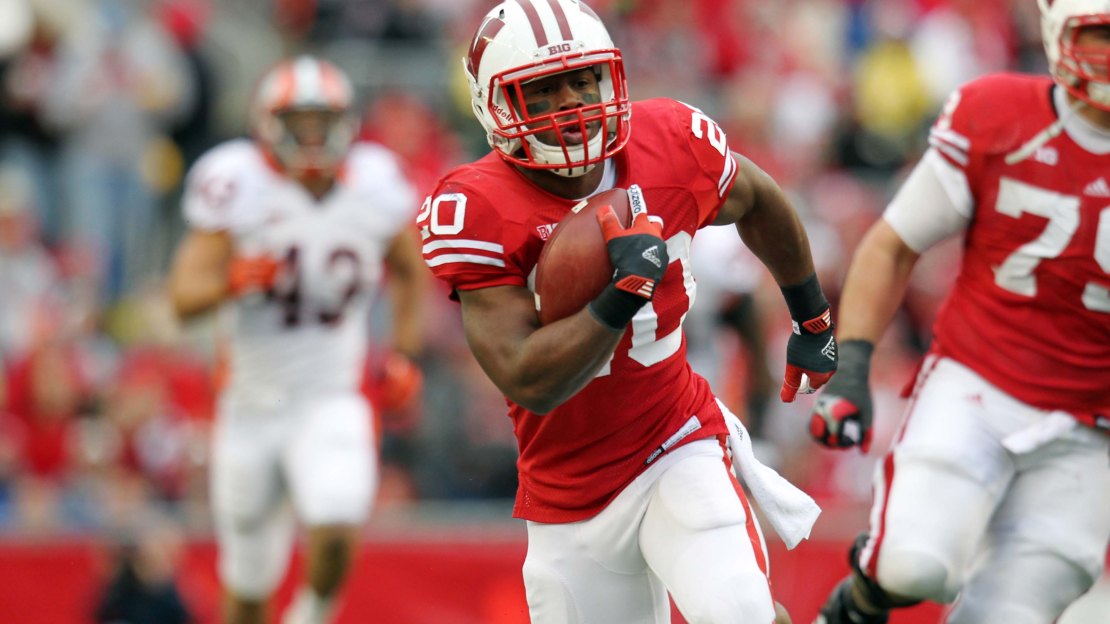 The Badgers have become the bellwether for the Big Ten, advancing to the last three Rose Bowls. Their quest to make it four in a row is complicated by Leaders Division rival Ohio State being eligible to win the Big Ten and play in a bowl after being on probation last season.

Another potential hurdle: Wisconsin must adapt to a new coach in Gary Andersen. Still, there is a lot to like about this team. Here is my best- and worst-case scenarios for the Badgers in 2013.

Best-case: The Badgers cruise to a 2-0 start with lay-up games at home vs. UMass and FCS Tennessee Tech (Tennessee Tech?). The heat of Tempe and talent of Arizona State cooks Wisconsin, but a visit from Purdue the next week is just what the doctor ordered. That sets up the Badgers for a de facto Leaders Division title game at Ohio State-which they lose. The Buckeyes have won five of the last six meetings. There are just two-TWO-games in October. And Wisconsin wins both, taking a home game vs. Northwestern before prevailing at Illinois. The Badgers take a 5-2 mark into a pivotal November, which features five games. And, Wisconsin wins them all (at Iowa; vs. BYU; vs. Indiana; at Minnesota; vs. Penn State). The Badgers are especially motivated to beat the Nittany Lions after losing in overtime last year in State College. With a 10-2 mark (7-1 Big Ten), the Badgers may be Leaders Division champs with a shot at the Rose Bowl–again. At the least, those marks put Wisconsin in contention for an at-large BCS bowl berth.

Worst-case: Pencil in a 2-0 start. There is no earthly way the Badgers lose to either UMass or Tennessee Tech (Tennessee Tech?). The game at Arizona State has ?bad news? written all over it. In fact, the Badgers get run out of Sun Devil Stadium by Todd Graham?s up-tempo attack. Next up: a visit from Purdue. The Badgers haven?t just beaten Purdue in recent years; they have absolutely clobbered it, winning seven in a row. And every Badger win but one has been by double-digits. But any fat-and-happy feeling the Badgers have from whipping the Boilermakers fades in a loss at Ohio State. Oh-oh: Next up is a visit from Northwestern, maybe the top team in the Legends. The schools haven?t met since 2010. Wisconsin won the last meeting, 70-23. I bet Pat Fitzgerald hasn?t forgotten. Loss. A trip to Illinois will be an elixir for the two-game losing skid. But Wisconsin opens its busy November with a loss at Iowa, which is yearning for a signature win in this pivotal season. This is the rivals? first meeting since 2010. The Badgers come home and get better with wins over BYU and Indiana. A trip to Minnesota in the battle for Paul Bunyan?s Axe is poorly timed, as the Gophers are fighting for their bowl life. Minnesota has lost nine in a row to Wisconsin. The streak is over. But Wisconsin comes home to finish on an up note with a payback victory vs. Penn State. At 7-5 overall and 4-4 in the Big Ten, the Badgers limp off to a ?Who Cares?? Bowl that pales compared to the last three junkets to Pasadena.