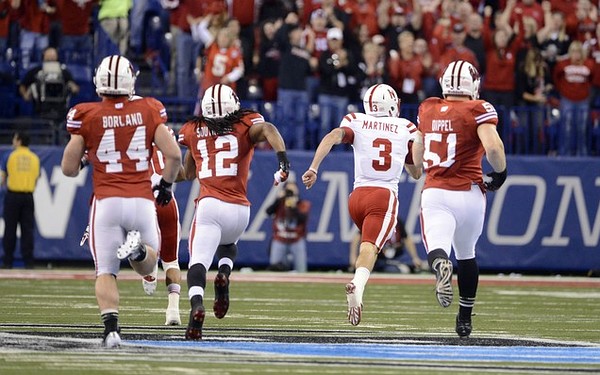 Tickets can be purchased through Ticketmaster at www.ticketmaster.com or by calling (800) 745-3000. Tickets will range from $50 to $90, depending on the seat location and each order will be limited to eight tickets. In addition, every Big Ten Football Championship Game ticket includes complimentary admission to the Big Ten Fan Fest, presented by Dr Pepper, to be held at the Indiana Convention Center on Friday and Saturday, December 6-7.

Similar to the 2012 season, tickets and VIP premium ticket packages can also be reserved at bigten.teamtix.com, a ticket reservation system launched by the Big Ten in partnership with Forward Market Media (FMM) and BTN. Powered by FMM?s proprietary software platforms, fans can go to bigten.teamtix.com to purchase, for as little as $10, the right to buy ?TeamTix.? If the team they specify qualifies, that fan is guaranteed a ticket to the game priced at face value. If the team they specify does not qualify, their ?TeamTix? expires and the fan forfeits only the reservation fee. Adding to the excitement, fans can also trade their ?TeamTix? in real time in the Big Ten Forward Market, where prices can rise and fall with each team?s on-field performance as the season progresses.

Those interested in purchasing a suite for the 2013 Big Ten Football Championship Game should contact Greg Hylton of the Indianapolis Colts at (317) 808-5165.

The Big Ten Conference: The Big Ten Conference is an association of world-class universities whose member institutions share a common mission of research, graduate, professional and undergraduate teaching and public service. Founded in 1896, the Big Ten has sustained a comprehensive set of shared practices and policies that enforce the priority of academics in student-athletes? lives and emphasize the values of integrity, fairness and competitiveness. The broad-based athletic programs of the 12 Big Ten institutions provide in excess of $141 million in direct financial aid to more than 8,200 student-athletes playing on more than 300 teams in 42 different sports. The Big Ten sponsors 26 official conference sports, 13 for men and 13 for women, and will add men?s and women?s lacrosse as the 27th and 28th official sports for the 2014-15 academic year. For more information, visit www.bigten.org.