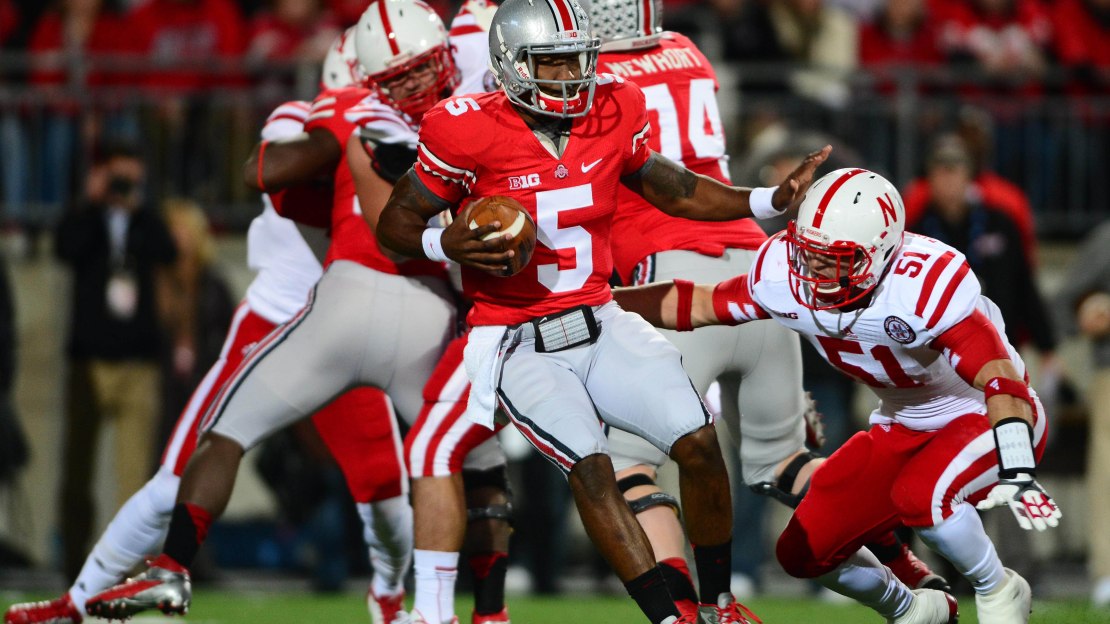 Last summer, BTN.com hosted a football mock draft featuring a beat writer for every Big Ten team. It was a fun project. This summer, your friends at BTN.com held their own draft.

This is how it worked: The draft consisted of eight rounds (QB, RB, RB, WR, WR, TE, K, D) and it went in snaking order, starting with Dienhart and ending with Yarina.

Here's who we picked:

Analysis: Strength – Speed and big-play ability; weakness – A lot of Badgers and only one ball to go around.

And here are the official draft results:

Analysis: No surprises here. Not a single one; in fact, nearly every B1G draft of this kind would include these three in some order.

Analysis: Mark, perhaps the Big Ten's top returning running back, is the third from his position off the board. Interesting.

Analysis: Got to like the back-to-back picks of Robinson (Round 3) and Bell (Round 4), which puts the Big Ten's two top wide receivers on the same team.

Analysis: Abbrederis, the fifth receiver off the board, is a pretty nice value pick here, no?

Analysis: We have the first defensive player off the board, and it's Shazier, the do-it-all star linebacker.

Analysis: The way he finds the end zone and catches the ball out of the backfield, Houston is a lot better than most expect.